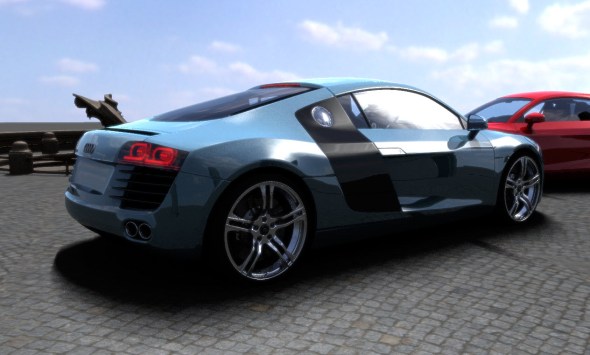 Caustic Graphics is launching an effort today to woo software developers to its new ray tracing graphics chip debuting in 2010.

A rare startup in the mature graphics chip industry, the San Francisco company is creating a 3-D graphics chip that can handle ray tracing, a technique that can produce highly realistic graphics. The initial target customers are movie animators, special effects houses, and product engineers.

The company will be interesting to watch because it will test whether or not there is still room for innovation by startups in a field where there were once 50 startups a decade ago but now there are only three players: Intel, Nvidia and Advanced Micro Devices. Caustic hopes to tempt graphics experts with eye candy like the ray tracing images you see on the screen.

Caustic has released a software development kit and a prototype graphics card that can accelerate ray tracing, which is a promising method for creating graphics by, as the name suggests, shooting out rays from a particular point in a scene and then drawing only the objects that can be hit by the rays.

It mimics the path of light rays, meticulously drawing only the things that are touched by light. That’s not easy to do, because light rays are often reflected and scattered in many different directions.

Today’s graphics cards use rasterization, where they render a piece of a scene with one layer of detail at a time. Movie animators have recently shifted to ray-tracing to get better results. Companies such as Intel favor ray-tracing because it makes more use of a microprocessor, while Nvidia and Advanced Micro Devices use rasterization. Intel is launching its own graphics chip, code-named Larrabee, in 2010. All of the players are embracing hybrid techniques that combine ray tracing with rasterization, and Nvidia bought a ray-tracing firm last year. 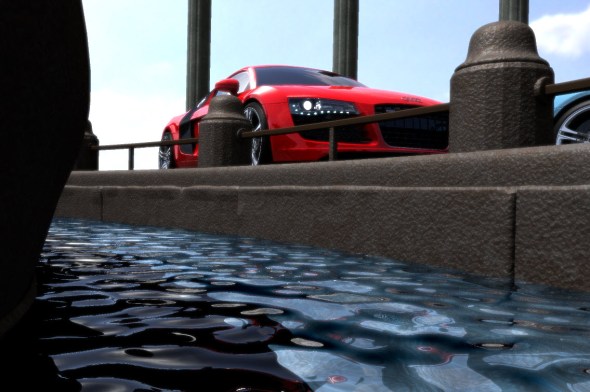 Winning over software developers won’t be easy for Caustic, since it needs them to adapt to its new applications programming interface, or API, dubbed CausticGL. So the company is launching the software tools far ahead of its 2010 launch date.

But Ken Daniels, chief executive, said that the company’s ray-tracing acceleration will provide as much as 200 times better graphics performance than today’s machines. A machine with a Caustic Graphics board in it will still require a regular graphics chip and a microprocessor, since the Caustic board will only focus on ray-tracing. In that respect, Caustic’s graphics chip is a coprocessor with its own memory system.

Ageia also tried to create a coprocessor alongside the microprocessor and graphics chip. The startup wanted games to do much better physics using its physics accelerator. But it couldn’t get enough game developers on board and eventually sold out to Nvidia. But Daniels said that Caustic has a natural customer base: professional graphic artists, film animators, product designers and engineers who currently have to build data centers, dubbed render farms, to process their graphics. One developer, SplutterFish, is already on board and is porting its graphics software, Brazil, to Caustic’s platform.

While Daniels acknowledged that graphics chips and microprocessors are racing ahead, he said that a simple evolution of Moore’s Law, under which chip makers double chip capacity every couple of years, will not make those other chips better at ray-tracing. That’s because Caustic has come up with software routines that get to the heart of the problem of accessing databases of an entire scene quickly.

The company has raised $11 million and has 35 employees. It was founded three years ago by James McCombe of Northern Ireland. Daniels said the company will raise more money in the future.