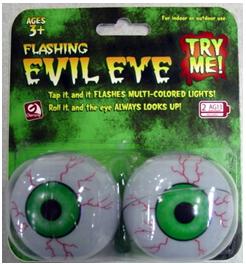 Yahoo has announced that it plans to shut down free web-hosting service GeoCities, which it acquired for $3.6 billion a decade ago.

My first response to the news was, “Wait, GeoCities is still around?” The service has fallen far from its heyday in the late ’90s. I don’t know anyone with a GeoCities site anymore, and the name has become shorthand for ugly websites (featuring animated GIF files like the one below). Just in the last year, traffic to GeoCities sites has declined from 15.6 million to 11.7 million unique visitors, according to comScore. Meanwhile, struggling Yahoo isn’t in a position to support services that don’t pay off.

Yahoo is vague on the details, just saying that it is no longer accepting new registrations, and that more information about saving site data will be available this summer. Of course, there are many other site-building and hosting options out there, including blog software such as WordPress (which is what most of my friends use), and easy-to-use website makers like Weebly and Yola (formerly SynthaSite). But the true heir to GeoCities — in other words the place where teenagers now go to create ugly, eyeball-scarring home pages — is probably social networking site MySpace.

This move also eliminates Yahoo’s offerings in the free website arena, and it’s trying to direct users to its pay service, Yahoo Web Hosting. Weebly chief executive David Rusenko and Yola chief executive Vinny Lingham have both written blog posts weighing in, arguing that their business models (free website tools and hosting, then selling domain registration and premium services on top of that) are superior to ad-based GeoCities. Advertising, Rusenko writes, was “the start of the slow decline, when the early adopters all moved on and started looking for other services.”

(For what it’s worth, I built my personal website in Weebly and recently decided to pony up for a premium account.)

I’ve included a chart of comScore’s data on GeoCities’ traffic compared to Yola’s and Weebly’s below. Click on the thumbnail to see a larger image.