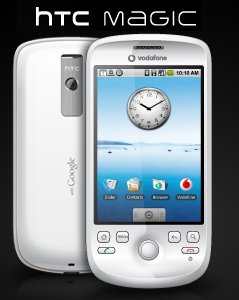 It can record video, sports a nifty mobile address book, has touchscreen technology and has a qwerty touch keyboard (which you can have a look at here). The price will start from 1 euro (roughly $1.30), depending on the contract you buy. It offers WLAN, HSDPA und GPS, and comes in white and black. And it features a Mobile Address Book (this is the technology that Vodafone acquired when it bought Zyb).

This gives Google its second phone in the global market at a time when smartphone fervor has reached full frenzy.

Dubbed the G2 because it’s the second Google Android phone (the first phone was released by the same device maker, HTC, but on the T-Mobile carrier), the device will follow up its German market launch with launches in France, the UK, Austria, Spain and Italy over the next few days. More countries are expected to be announced thereafter, with Asia looking to come on strong soon too. China Mobile will launch the Magic in June.

Apple is just killing the market these days with its iPhone and the related iPod touch, announcing record financial results in the first quarter, in part because of the success of those devices. They are popular because of their sleek design, touchscreen technology and operating system platform, which lets developers easily make applications for them.

Apple owns those platforms, and so Android’s operating system — which offers competing technology — is the easiest way for other carriers and device makers to build phones that compete.

Vodafone was holding a press conference in Germany today to announce further details of the HTC Magic.

The G2 comes to the market subsidized with a data plan. Depending which data plan you choose the device costs as little as 1 euro. Data plans range from 24,95 to 119,95 euros per month. Without a data plan the HTC Magic costs 569 euros.

More pics after the jump. 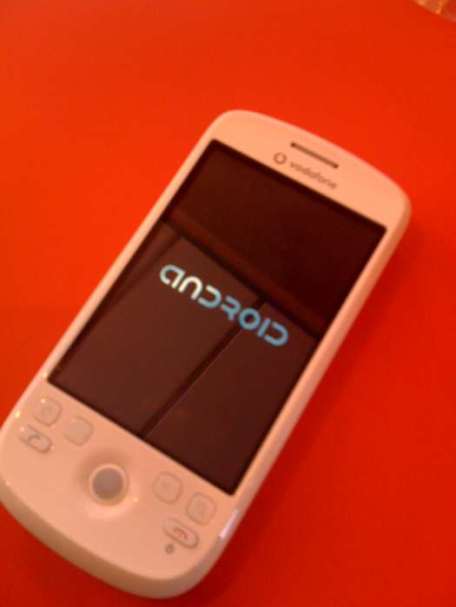 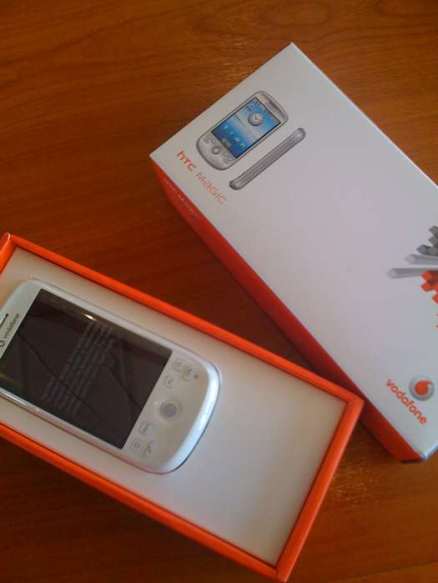