This is a second update to our game and virtual worlds funding list. Here we’re adding new data from Jussi Laakkonen’s blog. Previously, we had updated to include data from Virtual World Management’s list, so the number is much bigger than we reported earlier.

In 2008, VentureBeat chronicled lots of game and virtual world fundings. Our updated list now shows 112 game companies raised more than $936.8 million worth of venture capital and angel funds. This amount doesn’t include undisclosed fundings listed at the bottom. In 2007, game and virtual world companies raised $613 million, according to Jussi Laakkonen.

The amount going into game companies is nothing compared to the $4.1 billion that went into U.S. deals for clean tech, according to the National Venture Capital Association. But it’s certainly a big chunk of the $2 billion that went into 407 media and entertainment companies in 2008.  It’s probably one of the biggest years for venture investment in video game companies. Many of these companies may shut down because of the recession. In fact, Sun Inc. filed for bankruptcy. But the successful ones will create revenues, profits and jobs in the years ahead. We’ve ranked them here in order of the amount of money raised and linked to our coverage of them. Fundings where the amounts weren’t made public are listed at the end. If you’ve heard of others, please note in the comments and we’ll add to the list. 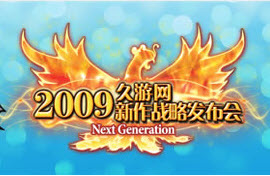 1. 9You — $100 million for virtual entertainment community

3. Trion World Network — $70 million for online multiplayer server games. (The company is working with the Sci-Fi channel on an episodic online game that ties into a TV show and has other titles in the works too.)

4. Real Time Worlds — $50 million for online games such as All Points Bulletin

5. Turbine, maker of the Lord of the Rings Online — $40 million for massively multiplayer online games

16. Social Gaming Network — $15 million for Facebook and other social games

47. Ngmoco — $5 million for iPhone games; makes a splash with its game launches

48. Hollywood Interactive — $5 million for site with celebrity-oriented games for women

103. Sabi spins out of Microsoft to do educational games that bring drawings to life