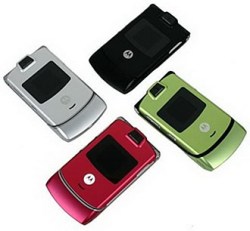 Windows 7 readying for birth — Microsoft’s new operating system is entering its final stages of testing and the company has a “release candidate” ready, possibly for launch on May 5. It will be interesting to see if it lifts computer sales in the midst of the recession.

Walt Disney takes nearly 30 percent stake in Hulu — News of the Disney relationship with the Web video aggregator is here.

Anyone remember the Razr? — Motorola posts a sharp loss as demand for its cell phones plummets on a worldwide basis. The New York Times has more.

Should VCs hold onto public stock for years? — At the Boston meeting of the National Venture Capital Association, limited partners weigh in on a controversial topic.

Assessing used game sales at GameStop — The nation’s biggest game retailer doesn’t disclose the breakdown between used and new game sales. But Gamasutra has an analysis with its own estimates.

Facebook hit with phishing attacks — For the second day in a row, hackers are attacking the social network’s security system. Beware of FBStarter.com and BAction.net.

Rumors of new Palm surface — The Palm Pre is debuting with Sprint. But does AT&T have a new Palm device up its sleeve? Engadget reports on the Palm Eos.

Twitter makes the Time 100 — Time magazine’s list of the most important people includes the founders of Twitter. Actor Ashton Kutcher, he of the million Twitter followers, wrote the article on them. [Photo at right: Time]

Google expands flu tracker — As part of an effort to aid Mexico, Google expands its flu-tracking system by detecting searches for swine flu.

Big Blue to fuel recovery — IBM pledges $2 billion in bridge loans to get high-tech infrastructure projects off the ground while everyone awaits government money.

Flickr hit by layoffs — Yahoo’s photo site takes a hit. Its leaders go off to start a new business.

Dean Takahashi giving keynote speech at Login conference — On Tuesday, May 12, VentureBeat’s lead writer for digital media will give a speech at online game conference Login in Seattle. The talk will focus on the latest trends for game startups.