Jive Software, a company that offers collaboration and social networking tools for businesses, is announcing its new product, Jive Express, which is a version of its core product running on the Internet cloud. The goal, says Jive’s Senior Vice President of Products Chris Morace, is to take advantage of the online infrastructure offered by Amazon’s Web Services to make it quick, easy, and affordable to start using Jive, while also avoiding some of the pitfalls that are associated with cloud computing.

Big corporations are still worried about security and about getting “locked in” to staying with a certain provider once all their data is stuck in certain applications. But Morace says those aren’t issues with Jive Express, because it uses single-tenant software architecture (the term refers to the number of software instances running on a company’s servers), providing greater security compared with the multi-tenant system that’s more common in cloud computing. It also allows companies to move their data from traditional, on-premise hardware onto Amazon’s infrastructure and back again as needed.

“It just seriously de-risks the whole proposition,” he says.

Jive Express also makes it much easier for companies to give Jive a shot. Rather than requiring potential customers to spend tens of thousands of dollars installing traditional hardware and software, Morace says, “We can fire you up an instance and you can just try it.” Express is basically equivalent to the Foundation product in Jive’s Social Business Software 3.0, which includes services such as shared documents, blogs, project management, and customer comments, but not (yet) the additional modules that Jive sells. 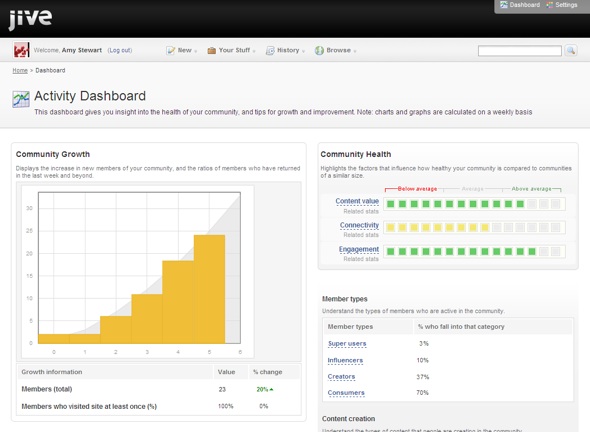