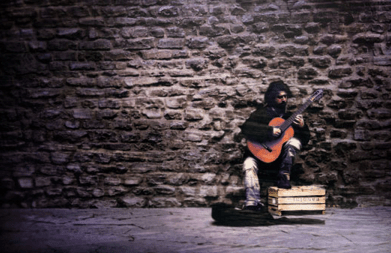 Music startup Imeem provides a great way to stream some of my favorite artists online, but the company has had trouble paying its bills. It’s raised more money to help it do so, I’ve confirmed with a source close to the company, following up on an earlier report by CNET — and it is still looking to raise more.

Making a music startup profitable can have a lot to do with how you negotiating streaming music licensing fees with major record labels. They charge per song, with exact terms laid out in the contracts. Music sites such as iLike that stream snippets of songs but not full tracks don’t have to deal with the same overhead (iLike told us earlier this year that it’s been cash-flow positive since December).

San Francisco-based Imeem has recently been dogged by music industry rumors about its finances. In late March, it saw some of its management depart — from what I heard at the time, it wasn’t profitable, but it did have some interesting revenue streams. While its core business has been in advertising, it has seen growth in music downloads, concert ticket sales and ringtones.

Download revenue could get a boost, TechCrunch hears today, because the company is moving away from selling songs through Amazon and Apple’s iTunes to its own service, Snocap. MediaMemo reported in late March that Imeem had successfully renegotiated down some streaming contracts, so that cost could be dropping, too.

At this point, my source says ringtones are an especially promising form of non-advertising revenue. The company is looking to push sales in Western Europe and Southeast Asia, two regions where most people have mobile phones and where people use Imeem and have proven willing to pay for ringtones.