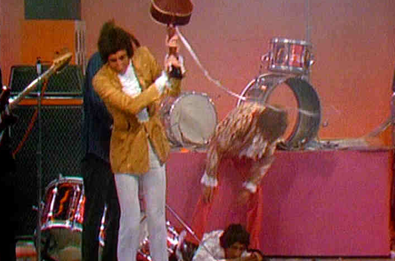 When it comes to music startups of my generation, they have yet to bring in serious revenue. And to make matters worse, the ones that stream music have to pay record labels a hefty licensing fee. Major record label Warner Music Group may be one of the record labels driving up costs for these startups, but it has had enough of investing in them. It has written off $33 million in equity and debt from Imeem and Lala.

From the quarterly financial report that Warner filed this morning:

During the quarter ended March 31, 2009, the Company determined that its cost-method investments in digital venture capital companies were impaired largely due to the current economic environment and changing business conditions from the time of the initial investment. In accordance with FAS 157, the Company used Level 3 inputs to determine the fair value of these investments, which include management’s estimates of assumptions that market participants would use in pricing these assets. As a result, the Company recorded charges of $29 million, including $16 million to write-off its investment in imeem, inc. (“imeem”) and $11 million to write-down its investment in lala media, inc (“lala”) to its estimated fair value.

This matches with some rumors I was hearing in late March about imeem — which is that its valuation has fallen sharply from “north of $200 million” and its investors now own a very large part of the company. The good news? Warner could still potentially work out a cheaper streaming licensing deal with imeem, according to MediaMemo. Imeem has also raised a small amount of money, and is starting to see more revenue from e-commerce, including digital song downloads, ticket sales and ringtones.

[Photo of The Who performing My Generation via The Lonely Goatherd Blog.]