It’s a tough job to try to revive a category of gaming that has fallen by the wayside — except for first-person shooter games such as Call of Duty. Once the domain of hardcore gamers, military simulation and strategy games for the PC have proven too expensive for mainstream game companies to make. 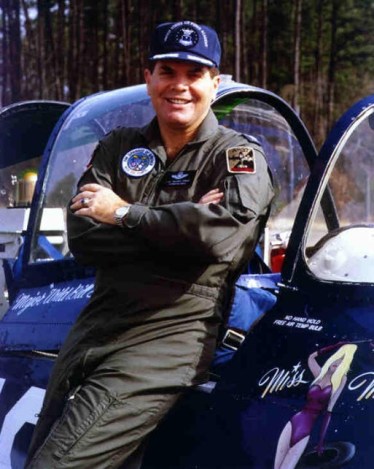 But this is the second act for Thriller’s leaders. The company is headed by John “Wild Bill” Stealey (chairman of Thriller, pictured right in earlier days), Fred Schmidt (chief executive), and Jim Bull (head of business development). All three were key leaders at MicroProse, the military simulation game company founded in 1982 by Stealey and Sid Meier. They’re going after this market because it has long been neglected and it can now be served by newfangled business models and social networking.

The Austin, Texas-based company was founded in late 2007 as Thriller Publishing. It has added a new Thriller New Media subsidiary to create a military gamer’s social network, Stealey and Schmidt said in a phone interview. Raising money hasn’t been easy. But, recognizing that the recession was a bad time to raise tens of millions of dollars, the company has lowered its target amount to raise as much as necessary to get some projects off the ground.

Stealey said the company already has signed deals to take over three massively multiplayer online games. It also has deals with two best-selling authors to create games based on books. Of course, the biggest military author, Tom Clancy (who signed his first game deal with Schmidt, pictured below), has been claimed by Ubisoft. But Stealey says the deals in place will lead to early revenue and take a lot of the risk out of starting a brand new game publisher, something that is rarely done these days, at least in the game console market. 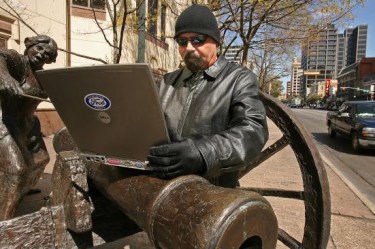 About a decade ago, Stealey, a former Air Force Lt. Colonel, showed me how to fly a World War II American fighter plane — inside the virtual world of Warbirds, a massively multiplayer online game.

Stealey’s team sold MicroProse to Spectrum Holobyte, a game company run by now-venture-capitalist Gilman Louie, in 1993. Most of the MicroProse people left as the company cut back on staff. Spectrum Holobyte sold out to Hasbro in 1998 and then Hasbro shut down the whole division in 1999, later selling the assets to Atari. At the time, it seemed that the heyday of games such as Falcon 3.0 — a realistic flight sim game that had hundreds of keyboard controls — was over as complex PC games gave way to fast-action and easy-to-learn console games.

The collapse of the companies created a diaspora. In 1995, Stealey went on to found Interactive Magic. Interactive Magic sold out to iEntertainment Network, the publisher of Warbirds, the World War II game where thousands of people could fly in a virtual world and engage in dogfights.

I loved these sorts of games, but like many gamers, I moved on and came to accept that they just weren’t commercially viable. Big games had to sell a million units to justify development and marketing costs. But the military sims often sold about 100,000 units. Schmidt, meanwhile, served a couple of tours of duty with the Garriott brothers at Origin and NCSoft.

This seems to me like a counter-cyclical backfill strategy, like the real estate developers who go into old neighborhoods and build new houses on old lots.

With new Internet models, Thriller wants to bring back the much-ignored genre. Stealey said that models such as free-to-play, where players play for free until they need to purchase a virtual good inside a game, could be applied to the genre. And Thriller’s list of games will include action first-person shooters, which remain the most popular form of military gaming today.

It makes sense since a lot of classic arcade games are now popular among families and people who play casual games on web sites. There’s a retro craze where parents can introduce their kids to games that kids have never seen before, sort of how Disney makes movies that appeal to parents and kids alike.

Thriller’s games are going to focus on stories made famous in books. With the rights that Thriller has signed up, movie deals might be possible, Stealey said.

“We’re going after the Tom Clancy’s of tomorrow,” Stealey said.

The company has four employees and has contractors that it can bring on board as employees once it gets funding. Thriller’s games will be announced later.