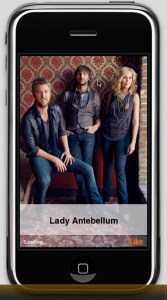 Any rock star knows you’ve got to have an iPhone app, a Twitter account, a YouTube presence, MySpace, hi5, and Facebook pages, not to mention Bebo and Orkut. And to keep all your information across those sites in sync, apparently you now need music-discovery site iLike’s new iLike Artist Dashboard . It lets any of iLike’s 300,000 artists publish simultaneously to a global set of social networks, as well as to a custom iPhone app, such as country band Lady Antebellum’s LadyA app.

“When we started out, we felt there were good things about MySpace Music and good things about iTunes,” iLike CEO Ali Partovi said in a phone interview Tuesday. “We now offer comparable or better features across Facebook, Orkut, hi5 or Bebo. Artists can control more of their MySpace presence through our new dashboard.” The dashboard also lets artists publish to their own websites. That simplifies the most tedious and error-prone part of being a band: Tour dates. “They’re a pain,” Partovi said. “Having to enter the same data multiple times in multiple places.”

All this is great for the newly reunited Asia — ooh, they’re in town July 2! — but what does this do for you the music fan? Partovi seemed surprised that I didn’t know this: If you install iLike’s iTunes plugin , it can connect to Facebook Music, which is actually iLike, and let you know when artists you like are on tour or have new releases.

By the way iLike integrates with Ticketmaster, which took a 25% stake in the company in 2006. So it would’ve been nice if it had  automatically bought me a ticket to U2 in Los Angeles while I was too busy writing to pounce on one. That’s a service whose fee I’d gladly pay.