Do you live and die by your cellphone? Salespeople and plumbers are among the core demographic for Skydeck , a voice-to-text service that manages phone calls, text messages, voicemail and contacts. The company launched its product in January, at a $9.95 per month subscription rate.

Would free be better? 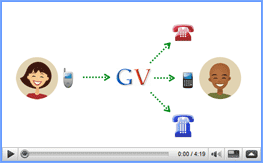 Skydeck launched a free version of its service today. Instead of using human transcribers to convert voicemails to text, it uses the automated Google Voice system through an API. Google also handles voice and text for any extra phones you have. Skydeck only does one phone for free.

CEO Jason Devitt explained the offering so well in an email that for once, I can’t bring myself to rewrite it:

Skydeck is your cell phone online. All your calls, text messages, voicemails and contacts are backed up on Skydeck.com and you can search, read, and reply to your messages (by voice or by text) from Skydeck as if it were your cell phone.

There’s no change to your phone number or the way you use your phone. The Skydeck app on your phone backs up all of your contacts, calls and texts to Skydeck.com. If you don’t answer a call, Skydeck takes a voicemail, converts the speech to text, and sends you an email. If you are at your desk, you can call or text people from Skydeck. The call appears to come from your cell phone, so your friends will know who it is.

The catch? Skydeck can’t help you with your other phones, and the full version of Skydeck isn’t free.

The free Google-powered version is a low-cost teaser for Skydeck’s premium service. One more benefit: Google Voice usually requires you to change your phone numbers. Skydeck’s front-end lets you keep your main cellphone number, but only lets you manage that one number online.

Devitt narrates this demo video of the new free service, which he calls a "mashup" of Skydeck and Google. That word gets thrown around a lot, but in this case it applies: Skydeck didn’t cut a deal or arrange a partnership with Google. They hooked up to the API.

The San Mateo, Calif., company was founded in 2007 by Devitt and Mike Wells. The company has raised $4 million to date, from Saban Ventures and angel investors.