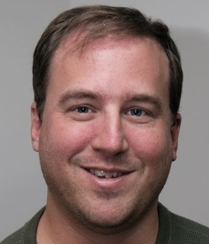 TechStars, a seed-stage fund and incubator, has already been showing some good results for founder and executive director David Cohen. Now the serial entrepreneur is becoming an angel investor, starting a fund of $2.5 million and aiming at early-stage web and software companies. Portfolio companies already include Devver, Eventvue, Filtrbox, Foodzie, Ignighter, Oblong, StockTwits and TechStars itself. Here’s more, from Cohen’s announcement today:

The new fund will invest in approximately 20 startups over a five year period. It will invest between $50K and $200K per company, with a typical “bite size” being $100K.  While this new fund will choose the best available investments nationally, we believe that some of those will naturally include companies exiting TechStars.

Prior to founding TechStars in 2007, Cohen founded Pinpoint Technologies and sold it to publicly-traded ZOLL Medical Corporation in 1999 (more here). Then he founded earFeeder.com and sold it to SonicSwap.com in 2006. His angel fund advisors include Howard Lindzon, Brad Feld, Howard Diamond, Lisa Rutherford, and Jason Mendelson, many of whom are also involved in TechStars.