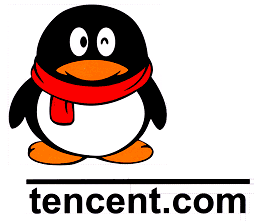 Asian web companies have been making millions from virtual goods for years — and that story doesn’t seem to be changing despite the current worldwide recession. Tencent , a publicly-traded Chinese web conglomerate comprised of an instant message client, a social network, and various other services, says it made $342.3 million in virtual goods in the first quarter of this year.

The numbers seem to indicate the resiliency of virtual goods — such as virtual clothing that users can buy for their avatars in a game — versus advertising.

Tencent’s web-based virtual goods saw a quarter-over-quarter increase of nearly 20 percent and a year-over-year increase of 75 percent, coming in at $278 million. Its mobile virtual goods sales were smaller but also growing, coming in at $64 million. That revenue stream saw nearly 10 percent growth by quarter and more than 52 percent growth by year. Meanwhile, its advertising revenue got virtually hammered, dropping by 30 percent quarter-over-quarter to come in at $21 million.

In 2008, Tencent made more than $1 billion in total revenue , of which $719 million was from virtual goods.

The caveat, the company says, is that virtual goods revenue "reflected the positive seasonal impact of the Chinese New Year holidays and winter break for students as well as the Company’s continued efforts in service enhancements." There won’t be as much virtual celebrating later this year, though. The Hong Kong-based company, expects people to spend less on virtual goods due to fewer national celebrations. Ad revenue, however, could climb as advertisers get a better handle on how their businesses are faring during the recession.

Tencent’s number dwarfs the amount any Western company is making from virtual goods. Of course, Tencent has a social network, but its massive QQ instant message service and other sub-sites mean it’s not directly comparable to social networks like Facebook and MySpace. And clearly, cultural differences are benefiting it in ways that have yet to equally manifest themselves for Western services that use virtual goods. Still, third-party developers on Facebook could make up to $500 million in revenue this year , mostly through virtual goods, as we and Inside Facebook have reported. Facebook, and other companies like MySpace, have yet to make serious money from the virtual economy. Facebook only has a gift store, and MySpace doesn’t have anything — yet. But both companies are working on forms of virtual currency that could tie in with third-party applications, and let them get in on the action.