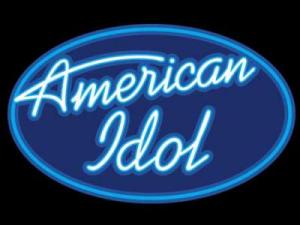 American Idol came to a conclusion tonight with an upset result. (Spoiler alert) Adam Lambert, the screaming rocker whose voice range had no limit, went down in defeat to the folksy but cute Kris Allen. In my house, jaws fell open. Entertainment Weekly was so sure that Lambert was going to win that they put him on the cover last week.

Clearly the voting system doesn’t work (indeed, how can I possibly have voted wrong!). The show’s host, Ryan Seacrest, announced there were nearly 100 million votes, by phone and text message. The problem, of course, is that fans can vote as often as they like. That skews the voting toward the most rabid fans, including those who will put up with busy signals.

Another problem is that while some callers give up after meeting with the busy signals, those who send text messages don’t have that problem. Hence, it’s probable that more text messages are counted than phone messages.

Lambert also had more of the fringe image, compared to Allen’s mainstream persona. Lambert was (apparently) the first openly gay Idol contestant. It’s not clear if that hurt him. Allen wasn’t even expected to survive the duel leading up to the finals with co-contestant Danny Gokey. But Allen took home the underdog crown, while Lambert joins the list of upset losers like Clay Aiken and Chris Daughtry.

In my view, this American Idol result completely refutes James Surowiecki’s book, The Wisdom of Crowds, about how crowdsourced results always get it right. Sure, maybe America got it right and Kris Allen really deserves to be the new American Idol. But consider this the post of a sore loser.

What does this have to do with VentureBeat and technology? Clearly, someone has to invent a national or worldwide polling system that is foolproof, can’t be gamed, and always comes up with the right result. Maybe next year they should have everyone vote via Twitter message. By then, Twitter should be mainstream and it should be easier to accept just one vote from each Twitter account.