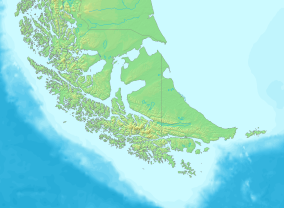 A new proposal from Argentine president Cristina Fernandez de Kirchner has the country’s tech community scratching their heads. Her pitch: to effectively double taxes on technology products that are not manufactured or assembled in the province of Tierra del Fuego, including notebooks, cell phones and digital cameras.

Oddly, few of these devices are actually made there. In fact, Argentina imports the vast majority of them. So the tax would affect a majority of Argentines, not to mention Argentine companies. How Tierra del Fuego even got involved is a mystery to many in the industry. An archipelago stretching off the southernmost tip of South America, it’s more commonly linked with glaciers, fresh trout and tourist expeditions to the Antarctic.

Few know that the province has been striving to become an industrial hub since the 1970s, building numerous incentives into its tax structure. These policies were born out of territorial disputes between Argentina and Chile that almost led to war. Argentina feared Chile would try to annex Tierra del Fuego since so few Argentines inhabited the region or wanted to move there. Instead, the government decided to entice companies to operate there. Three decades later, this strategy has seen limited success. A handful of local electronic companies making televisions and LCD displays have taken root. 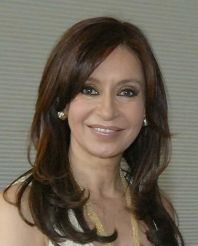 Now Fernandez de Kirchner claims she wants to further strengthen Tierra del Fuego’s presence in the tech world. During a recent visit to Ushuaia, the province’s capital, she praised the legislation, saying that “with each new line of production, and each new product” the country generates, “it is not just fewer dollars that leave the country or that go towards paying for imports, but more employment for all Argentines.”

Alejandro Mayoral, director of the little-known Association of Argentine Manufacturers of Electronic End Products of Tierra del Fuego, known by its Spanish acronym AFARTE, told VentureBeat that he expects the president’s proposed bill to create 2,000 jobs in the province. Electronics conglomerate Philips already has a plant there, and local company BGH assembles Motorola cell phones, says Mayoral. Notebooks are not yet assembled there.

Fernandez de Kirchner and Mayoral’s wishes may be noble from a certain standpoint, but Argentine industry leaders say the bill is poorly conceived and raises many more questions than it answers.

The legislation’s language alone has been described as perplexing. One key section requests that “those who possess more contribute more to the formation of national reserves needed to confront the global financial crisis.” Essentially, redistribution of wealth in a country where spending on technology is considered lavish.

Enrique Carrier, a leading Argentine technology analyst has called the proposal ridiculous, raising the price of relevant products 25 percent at least. “Products like cell phones are consumed by practically all Argentines independent of socio-economic status,” he said in an interview with VentureBeat. “It is hard to believe that it will be fairer if everyone pays more for these products to favor the electronic industry in Tierra del Fuego.”

The industry group Argentina Chamber of Office and Commercial Machines, CAMOCA in Spanish, also analyzed the bill’s impact. It contends that the measure will raise the prices on notebooks in Argentina by 34 percent. This could endanger one of the few sectors in Argentina’s economy that has resisted the global financial crisis. Notebook sales in the first quarter this year grew by 30 percent compared to 2008, according to Carrier.

Some believe Fernandez de Kirchner’s bill is intended to fill government coffers, which have run dry lately due to the drop in global commodity prices. But CAMOCA says the taxes would slow purchasing too much to make a real difference.

The measure appears to be out of step with the last two administrations’ policies. Argentina’s last president, Nestor Kirchner (husband of Fernandez de Kirchner) supported a program called “Mi PC” that would allow consumers to finance computer purchases over 40 months. Fernandez de Kirchner followed his lead, and often speaks about the country’s growing digital divide.

Regardless, her proposed bill has already been approved by a subcommittee in Argentina’s House of Deputies. Now it only awaits a vote by the full chamber. That being said, the country is currently in the middle of highly contentious legislative elections, to take place June 28. So it’s unlikely the vote will take place before then.

Even some of the president’s staunchest supporters are opposed to voting to raise taxes a month before the elections. An aide to one pro-Kirchner legislator told VentureBeat that “there is a lot of resistance within oficialismo (pro-government)” to the proposal. “The bill has a lot of technical problems and is unintelligible.”

“This bill will never be approved. Forget it,” this source added.

Some, including this source, suggest that the true motive behind the bill is purely political. When Fernandez de Kirchner called for moving up legislative elections from October to June, two senators from Tierra del Fuego who are often aligned with her opposition supported her.

Still, Tierra del Fuego politicians are seldom relevant in national Argentine politics, but Fernandez de Kirchner is fighting for survival. Her approval rating has fallen as low as 29 percent in her first year and a half in office. It’s clear she needs friends wherever she can find them.

Meanwhile, the Argentine tech lobby is fighting the bill tooth and nail online. A Facebook page protesting the taxes launched last week and already has 25,000 members. Whether the president is trying to strengthen Tierra del Fuego’s industry or merely playing politics, it looks like she will have a lot of explaining to do, win or lose — especially the next time she brings up the digital divide and what she’s doing to close it.