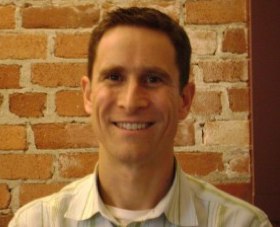 It’s a major blow for Federated Media, where Edwards was publisher & chief revenue officer. Edwards built up Federated’s sales team from scratch, closing the company’s first deal almost four years ago for about $5,000. Federated’s chief executive John Battelle two weeks ago announced he was searching for a new leader for the company. In hindsight, that announcement looks like it was prompted by Edwards’ internal notice that he was leaving, but we haven’t confirmed that.

In full disclosure, Federated handles much of VentureBeat’s advertising relationships, and so I’ve worked with Edwards over the years since VentureBeat’s launch. I always saw him as a steady and reassuring hand at Federated, and an excellent sales guy. Early on, he’s the first person I’d call to express any concerns. Edwards was earlier VP of marketing and sales at CNET, which in many ways was a path-breaking company for being the first online news site of significant size.

TechCrunch first reported Edwards’ departure, and Federated sent out a brief statement confirming it, but it was not immediately clear what prompted the departure. From the outside, the move appears to be a lateral move, because Edwards maintains the same title, and Digg has worked hard for several years now to expand into a significant company, just as Federated has. Digg continues to work to become profitable. It has had its bumps (even before the recent downturn), but these recent executive hires a sign it is getting serious. Mike Maser, currently Digg’s chief revenue and strategy officer, will change his title to chief strategy officer. Thomas Shin, who Digg hired away from Yahoo earlier this year, will report to Edwards.

It also suggests Federated is in clutch time, as the company has recently lost some customers to other ad networks. Digg left it more than a year ago, followed by GigaOm, Techcrunch and others — each of them giving different reasons for their moves. However, we can say that Federated is doing something right, because we at VentureBeat have remained a customer this whole time, despite the fact that several other competing networks have approached us. Federated has continued to create imaginative, creative ad campaigns for us, and the offerings suggested by competitors have so far failed to match. I’m not saying that won’t change going forward, but for now Federated is adding real value for us.

Federated said it will announce today (Friday) that Pete Spande is being promoted to the top spot in sales. Josh Mattison, who has been managing Federated Media’s sales for its technology related publishers, will now be second in command in sales and manage all West Coast sales. The company continues to look for a new leader who has run a media business many times the size of FM and who can take the company to the next level level, Federated said in its statement.