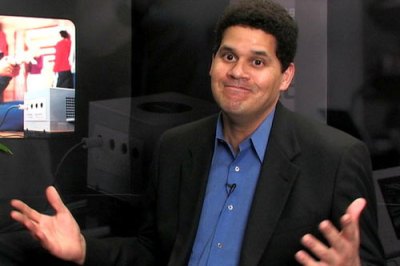 Nintendo representatives took the stage of the upcoming Electronic Entertainment Expo (E3) at the L.A. Convention Center Friday afternoon to deliver the company’s big plans for 2009. The unattended press conference occurred a full four days early from the time they were scheduled to present.

"We are really happy with the way our presentation went," elaborates Nintendo President and CEO Satoru Iwata.  "The conference was well received… and gave great insight on the direction we plan to take for the year."

Few Convention Center staff were present to witness the event, but a custodian in charge of cleaning the meeting room housing the conference, Gerald Williams, was able to be reached for comment:

"When they first arrived, I thought they were just rehearsing.  Turns out they were hitting the road right after they finished up.  It was better than last year’s fiasco.  I’m sure they won’t be apologizing this time."

When asked about details regarding the virtually unseen event, Williams noted that he is currently "under embargo" for the information given during the presentation.

ESA representatives have not been responsive on the specifics of the press event, or whether Nintendo will present again on Tuesday, their previously scheduled time.  Currently, the event is said to have been "Gerald-exclusive."

The above is parody, or satire.  Whatever you call it.