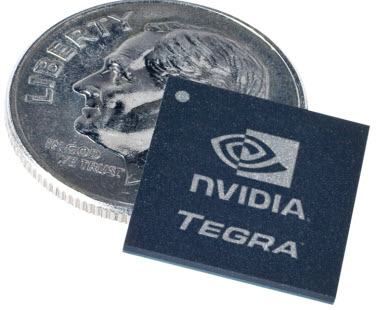 Nvidia is becoming a real player in portable mobile devices as the industry embraces its Tegra processors. The company is announcing today that some of the world’s biggest gadget manufacturers are designing mobile devices using the Tegra chips.

And the interesting thing is, the first major adopters of these chips for mobile Internet devices, or MIDS, are expected to be cell phone carriers, not the computer makers who are Nvidia’s traditional customers.

At the Computex show in Taiwan, makers of computers known as ODMs (original device manufacturers) will show off eight different netbooks and other mobile devices that use the Nvidia chips, said Michael Rayfield, general manager of the mobile business unit at Nvidia in Santa Clara, Calif.

Big ODMs such as Compal, Foxconn, Pegratron, Wistron, ICD and Inventec are among the customers using the Tegra chip. 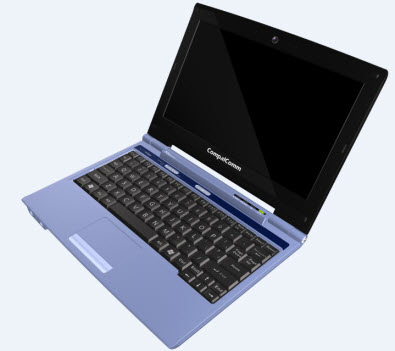 That customer list is a big deal because the ODMs’ designs can be used in a wide array of places. Computer makers such as Dell and HP slap their names on ODM devices. But Rayfield said cell-phone carriers are also embracing Tegra-based netbooks and mobile Internet devices. He said Nvidia already has customers among the top five cell-phone carriers.

Companies such as Verizon know that the mobile data services connected to these machines could generate a lot of subscription revenue. Rayfield predicts these carriers would give away or sell the machines — branded with the carriers’ own names — at discounted prices in exchange for two-year subscription commitments. These machines are essentially full-fledged web surfing computers with good high-definition video and 3-D graphics.

At some point in the future, you could, for instance, record high-definition video on your cell phone and play it back via a mini-HDMI connection or Bluetooth connection on a flat-screen TV with 720p HD resolution. And, since the Tegra processors consume only a watt of power, you could do it for eight hours on a battery charge. Rayfield also envisions “mixed reality” applications, such as mapping software that can transpose map graphics on a real world image that you capture with your cell phone camera.

“These machines will dispel the myth that you have to make trade-offs when you use these devices,” said Rayfield.

Since Tegra is based on the ARM Ltd. processor architecture, it doesn’t run Windows XP or Windows Vista. The first devices will run the Windows Mobile operating system. But later devices will run the Linux operating system. If you want Google’s Android, you’ll have to wait for next year sometime. If consumers go for this kind of device, then the cell phone carriers will become big rivals to computer makers.

With Tegra, that convergence of cell phones and computing is essentially happening. Nvidia has loaded the chips with decent 3-D graphics performance, whereas most Intel-based netbook users have had to get by with weak graphics. Tegra is targeted more at low-end devices under $200. Nvidia’s Ion platform, which has a more powerful graphics chip and is meant to be paired with an Intel Atom microprocessor, is targeted at netbooks that are more like full laptops and cost above $400. Nvidia scored Lenovo as its first major Ion customer last week.

Rayfield said the Tegra-based mobile Internet devices, smart phones, and other mobile devices such as music players are likely to debut in the fall. Major competitors include Intel’s Atom microprocessor and its accompanying Intel companion chips. Another rival is Qualcomm and its Snapdragon chip.

If the Tegra lands a lot of customers as Nvidia suggests, it will be the culmination of a major effor to diversify from PC graphics into mobile devices. Nvidia acquired the basic technology for the Tegra platform and then developed it into a real product over the past couple of years. It announced the archictecture a year ago. In the past two months, Rayfield said, his team visited 27 cell phone carriers. He said there is huge interest overseas in places such as South America, as well as domestically.