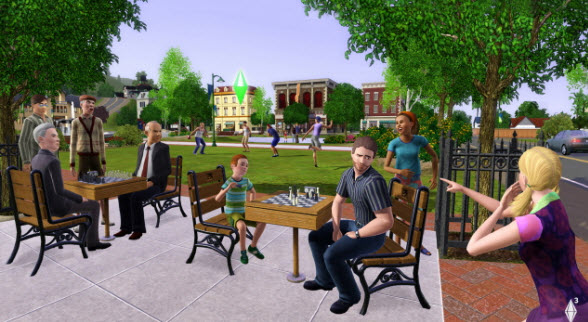 The Sims 3 game launch today is likely to be critical to the future of Electronic Arts. And we’re not just talking about the company’s performance in the current quarter.

The Sims 3 for the PC and Mac is the latest edition in a nine-year-old franchise that has become the best-selling game series of all time, with more than 100 million units sold. It’s an open question whether EA can still innovate in this franchise, which has seen a ton of sequels in the form of expansion packs (follow-on software).

EA launched The Sims in 2000 and The Sims 2 in 2004. Each launch represented an opportunity to launch multiple expansion packs every six months or so. Fans kept on buying, making the series singularly successful.

The Sims 3 continues the tradition of making the games full of more and more features. You can create your character with even more customization than before. For instance, you can give a female character dark roots, specific hair highlights, color her tips, and control the length as well. Fans can use this to create characters that look more unique and realistic. But the controls are easy to use, since the faces gradually morph as you pull a slider one direction or the other with your mouse. Anybody can use these controls. 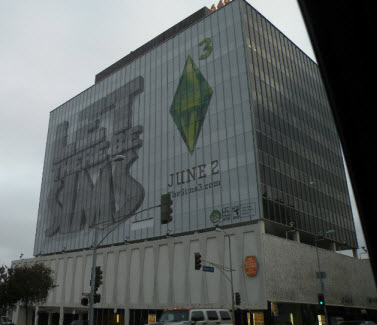 In the Create a Sim part of the game, you can create your own style of clothing. You can take that pattern and put it on your home furniture, your house walls, or even on your car. You can also export it to the Sims3.com web site. But, interestingly, you share it for free. You can’t make money selling it on that site. (Is that a piece of the digital business model that EA is leaving for others to mine?)

With the Sims 3, now your character can interact not just with a family but an entire town dubbed Sunset Valley. You can watch as the lives of as many as 60 other Sim characters in the town come to life. Each character has life goals (such as becoming rich) and personality traits, such as being a hopeless romantic. At any given time, each character has four short-term wishes. Those goals, traits and wishes drive how the game unfolds over time. Characters can become rock stars, world leaders or expert thieves.

The graphics are good, but they run on just about any machine, from a low-end PC to a high-end gamer’s machine. EA is being careful to try to reach the widest possible audience, said M.J. Chun, associate producer, who showed me the game on lightweight Mac laptop.

The company is also trying to jumpstart micro-transactions on the Sims 3 web site by giving each player 1,000 Sims points to spend in the store. The points can be used to download things such as clothes or furniture. If players want to spend more than 1,000 points, they will have to earn it or pay real dollars. If EA figures out how to get a lot of people to buy such “virtual goods,” it could have a whole new revenue stream.

EA also included a movie maker tool in the game. Players can record segments of game play and then stitch those together into a movie with a sound track. They can then upload it to the Sims 3 site and see if they can win a contest.

The game is pretty much what EA executive Ben Bell described last year. EA pretty much stuck to its plan for the game. That’s a good sign, considering how critical this game is for the company. There is one big problem. Shawn Milne, an analyst at Janney Montgomery Scott, said that the piracy rate for the Sims 3 appears to be unusually high. And Torrent trackers suggest 180,000 copies have been illegally downloaded already.

EA is expected to combat that by requiring authentication for new downloads and access to the Sims 3 store. That motivates people to buy the real thing.