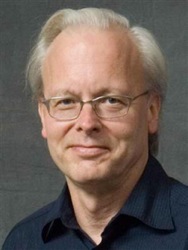 Ray Ozzie, Microsoft‘s chief software officer, spoke tonight at a meeting of the Churchill Club about a wide range of topics related to cloud computing, but the most memorable discussion came when he was asked about the effect of netbooks. One might think those cheap, low-end laptops that exist primarily to access the Internet (rather than use powerful desktop software) might be a threat to the software giant. But that’s not the case, Ozzie said.

“In reality, I don’t know what a netbook is,” said Ozzie, who was interviewed on-stage by Wired writer Steven Levy. “A netbook is evolving into an inexpensive, appliance-like PC. It’s a laptop. . . . The more laptops are out there, the happier I am.”

And not only is Microsoft moving its applications and infrastructure onto the web — indeed, Levy has written about Ozzie’s efforts to push Microsoft in that direction — but when it comes to those laptops, Ozzie said: “We’re always going to need an operating system. . . . The experience on top of that OS is what’s changing.”

Ozzie was pressed on this point later in the evening by a reporter who noted that Microsoft’s upcoming Windows 7 operating system won’t work on netbooks with ARM processors. The problem with those netbooks, he said, is that they aren’t up to the standards of normal laptops, and consumers want netbooks that are laptop-like. But he’s also “not writing it off.”

Another fun quote from the question-and-answer session came when Ozzie was asked about Google Wave, Google’s new tool for online collaboration and communication. He replied that it looks “nice,” but also seems “anti-web” in its complexity, because Wave can exist in multiple locations all over the web, all of them updated in real time.

“Just by the nature of how complex it is, no one will be able to do a fundamental implementation,” he said. “[Wave’s developers] had no choice. . . . The problem they took on, the way they defined it, is an inherently complex problem.”