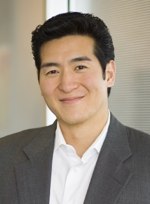 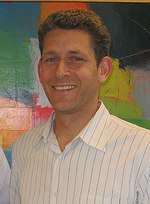 [This is a guest column co-written by Tim Chang, partner at Norwest Venture Partners, an advisory board member for our mobile conference MobileBeat 2009, and Matt Marshall, editor of VentureBeat]

There’s no way around it: We’re becoming mobile addicts. If the wireless carriers have their way, our addiction will be worse than crack. Whether you enjoy watching live baseball, following the show “American Idol” or simply want to coordinate real-time barhopping with friends, you’re likely going to do it from your mobile phone — or you’re already doing it.

That usage is reflected in the exploding wireless data being handled by major carriers: That traffic grew 1,000 percent last year alone and is expected to roughly double annually through 2012, according to Cisco’s Visual Networking Index (and more here).

Once most of your activities are governed from your phone, you’ll presumably pay a lot for that privilege. It’s the wireless carriers that win, because they make you pay monthly for your data plan.

But they win only if they can increase rates, and there’s the problem. Mobile data usage is exploding, and mobile data revenue to the carriers has only increased 20 percent per year (the most recent stats are here). What that means is the country’s major wireless carriers — Verizon, AT&T, Sprint and T-Mobile — are going to have to abort the all-you-can-eat mobile data plans most of us take for granted. It’s just getting too costly for them to give us the service on their networks for the pricing they offer today.

One law of mobile is that usage bloats to fill all available bandwidth. Mobile video applications are the biggest hog: They’re expected to reach almost 64% of mobile data traffic by 2013. Google is already losing hundreds of millions on the Web handling YouTube, according to industry estimates. So when those videos go mobile, carriers also get stuck with the cost of streaming these videos.

Jon Metzler, an industry consultant who has conducted research for the CTIA, says he’s heard estimates that a YouTube video of 3-5 minutes costs $1 for a carrier to handle. At this rate, a carrier would be killed when a typical user streams a mere two videos a day. That day is coming soon, because of the race by the smartphones to offer these cool video services.

So the carriers are going to have to invest in new networks, and to pay for that they’ll have to charge more.

They’re likely to want to cap the bandwidth you can use. In fact, most of the main carriers (Verizon, AT&T and Sprint) already cap your usage at 5GB a month, just in case you use too much broadband — that’s around the point at which they start losing money. So far, it hasn’t really been enforced, or hasn’t mattered much because very few users have hit that ceiling yet. But the carriers charge extra if you want to use more. “Net neutrality,” the concept that governs access the Web, whereby anyone anywhere can access any Web site anytime, won’t have a chance in wireless.

The breaking point may not happen for a couple of years yet. But it’s clear that Verizon and AT&T, the networks with the largest pocketbooks, will thrive in this environment. It’s in their interest to first get everyone addicted, which is why they aren’t rushed to break from net neutrality. And customers clearly don’t like caps. But conveniently, it does give them a nice way to drive Sprint and T-Mobile into the ground. Those two carriers have weaker financial resources, and so won’t be able to withstand the costs of subsidizing all-you-can-eat data plans as long.

It’s clear net neutrality won’t last. Think of it this way: Wireless bandwidth is becoming as valuable and critical as basic electricity or gas utilities to our home. Yet nobody expects to get all you-can-eat electricity or gas. Why should broadband be any different in the long-run?

The carriers have a broken business model. The incremental cost of servicing subscriber needs isn’t getting cheaper quickly enough. True, the broadband and wireless industries are complex. It’s hard to work out exactly when the breaking point will happen. But take wired broadband as a proxy, because it has been studied more. The marginal cost of delivering wired broadband is projected to decrease roughly 10 percent a year, in terms of total costs per GB, according to a study by Stuart Taylor, leader of the North American Mobile segment within the Cisco Systems Internet Business Solutions Group (IBSG). This figure factors in the additional investment needed to keep networks growing (capital expenditure and operating costs). Broadband revenues per GB are declining in the order of 15 percent per year, however. When you combine the cost and revenues in broadband, you get a breaking point in the next 5 years or so, Taylor predicts.

Mobile networks, meanwhile, are arguably more costly to operate than regular wired broadband, so the breaking point could be even sooner. One positive offsetting factor is that “offload” techniques could reduce the need for additional capacity in mobile networks. Things like femtocell technology and WiFi may reduce demand on the mobile access infrastructure: “Dual-mode” phones, or those that can also make calls over WiFi, are one way to lower costs, and T-Mobile and AT&T are both promoting such phones. Also, the earlier the traffic can be converted to IP, the lower the costs, Taylor notes. This may give the industry some breathing room, but only so much. In fact, the incremental cost of offering wireless stays linear (it does not go down, as in broadband). It stays that way until the carriers roll out their next generation networks (4G, LTE),  where depending on the architecture, the cost/GB may fall to between a quarter to half of the current cost. But then the cost of investment in these networks is huge.

The carriers are hoping to get a cost break when they move to 4G, but many folks believe the upgrade will mirror what happened with 3G: The cost savings didn’t happen. Watch out for repeating history here, especially if apps like HD video streaming and livecasting upload streaming chew up available increases of bandwidth. For mobile data, “killer apps” often end up meaning “bandwidth-killer” and “profit-killer”: namely, mobile streaming video today, and soon online multiplayer mobile gaming. Not to mention always-connected social apps like Facebook mobile, Twitterberry and SocialScope, which will often have users receiving background updates from hundreds if not thousands of contacts. In addition, next-gen superbrowsers like Skyfire are awesome user experiences delivering WYSIWYG desktop browsing to your phone — but they effectively function like Citrix Mobile, constantly streaming an interactive, two-way video stream of a desktop browser to your phone in realtime. Finally, new faster phones are coming out, such as the new iPhone 3G S, including video capability, and (iPhone 3.0) technology that allows “tethering,” which lets users connect their phone to their PC to access the Internet over the wireless network.

At the end of the day, someone has got to pay for the increased costs. The only thing that can change is pricing, or service bundling.

In some industries, even pricing is hard to change. The Internet has created a giant tidal-wave of market value destruction in several industries: print, movie, and music. Billions of dollars of value from companies in these industries have been shed, and it will never come back. This is great for consumers, but not great for the content providers. The providers of wireless bandwidth don’t want this to go the same way. If they stick to low pricing, they’ll surely ask themselves: “What the hell are we doing?”

The shining beacons for the wireless industry are the cable companies: They’ve long offered differentiated pricing plans, packs like ‘basic,’ ‘silver’ and ‘gold.’ If you talk with content company MTV, you’ll find out they are insanely jealous of a cable company like Comcast.

The only thing stopping more aggressive movement away from wireless neutrality is that none of the carriers want to be first. It would be Pyrrhic victory to raise prices only to see subscribers flock to a competitor who hasn’t.

But T-Mobile and Sprint may be running out of cash, and if they’re not already losing money on their subsidies of phones, they may soon. T-Mobile, specifically, is in a real bind. They’re only now upgrading to 3G, and they don’t have an effective backhaul technology (to take data off their network).  As for Sprint, we talked with VP of Strategy Russ McGuire, and he acknowledged there are “challenges” for Sprint with the subsidy model, but wouldn’t be more specific [Update: McGuire has written in to say we misunderstood his point here; he’d intended to say all carriers face challenges, not just Sprint]. The company, like other carriers, doesn’t break down its various activities by profitability. However Sprint has emphasized that its “wholesale” operations are doing very well, or those where it simply rents out its network to other companies, such as Virgin Mobile AT&T, to offer phone service. By inference, we take it to mean its subsidized activities are doing less well.

AT&T and Verizon publicly bitch and moan about having to subsidize phones, but expert studies suggest such subsidies are great for consumers. They allow consumers, at the end of their one- or two-year contract, to upgrade to a new smartphone without paying a large upfront cost. And customers are more likely to change carriers to do so. (Conversely, if subsidies are removed, there’s less churn, and consumers are less likely to upgrade, Metzler found in his recent study of the Japanese market.) And so there too, AT&T and Verizon have some staying power, because they have a better balance sheet to support those subsidies. For now, the story will not be clear cut, as carriers use bob and weave strategies. For example, Verizon is trying to use variable pricing already by, say, giving you a mobile data plan at a lower price if you forgo its video service, VCast. And Sprint is towing the all-you-can-eat-for-one-price line by offering users $99 a month all-in. Sprint’s McGuire said he hopes Sprint’s early investment in 4G technology, together with Intel’s cheap Wimax chips in cellphones, will give it an advantage — enough to lower costs enough to drop the existing 5 GB cap on data.

Ultimately, this just doesn’t look sustainable. It might take two to three years to play out, but in the meantime it makes sense to short T-Mobile and Sprint. You’ll continue to see cracks in their armor, like T-Mobile’s decision a couple of weeks ago to charge more for calls on VoIP applications (Skype is a popular one) over its network. Such a charge was necessary because T-Mobile said it  would require “additional investment in the network,” to handle the services’ “always on” nature. “It would not be fair to customers who don’t use VoIP if these additional costs were to be shared across all customers. For this reason, we are making it possible to use Internet telephony via optional rates, while keeping it otherwise barred,” he said. In other words, exactly the opposite to the net neutrality we’re used to on the Web. Expect to see more of it.

Are you an entrepreneur or executive active in mobile? Join us at MobileBeat 2009, our mobile conference for industry leaders. Last Chance! Sign up by the end of today and save $145.