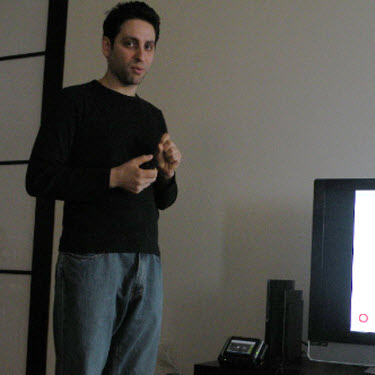 When OnLive came out of hiding in March and declared it could let gamers play fast-action games over the network — a futuristic service dubbed video games on demand — a lot of critics said it was impossible.

Jules Urbach, chief executive of Los Angeles-based Otoy, is certainly the underdog here. He has been talking about delivering this disruptive technology since 2004. But people took notice Otoy announced an alliance in January with chip maker Advanced Micro Devices, which is building its so-called Fusion Render Cloud around Urbach’s technology. That cloud is going to be a huge collection of servers that can deliver enormous server-based computing power.

“We’re going to use that cloud to deliver high end games to your living room,” Urbach said.

Otoy can demonstrate that it can deliver any game to any device by sending the content over broadband connections. I played Valve’s Left4Dead zombie-shooting game at full speed on a low-end MacBook laptop connected to Otoy’s servers. Then Urbach showed me how I could play the same game on a cell phone with relatively meager computing power. I noticed no slowdown, Urbach said, because most of the processing took place on a distant, centralized, web-connected server.

Otoy can do all of the computing necessary for a game on a server and then send the imagery back instantly to a display, wherever that display might be, as long as it is connected to the web. Normally, the game has to be computed on the user’s own machines because server connections are far too slow.

The key question is whether Otoy, OnLive or a third rival, Gaikai, can pull off server-based gaming for millions of consumers on the same network. If they can, they will turn the video game industry upside down by cutting out retailers and eliminating the need to buy high-end game hardware.

As we’ve said before, the goal of shifting computing from the client (i.e., the user’s machine) to the server is an inexorable trend. Google hopes to undermine Microsoft’s client-based Office software with server-based Google Docs software. If it succeeds, Google could disrupt Microsoft’s 500-million user base.

Doing something similar in the games market — creating video games that can be instantly played from a server with no download to a client machine — could be similarly disruptive. If you can buy a game over a network, you don’t need the retailer. And if the heavy computing is done on the server, you don’t need anything more than a display in the user’s device. There is no need for a gamer PC or a game console. You can also play your games on any machine as long as you log into the same account via the Internet. The cost of delivering these games will likely be small, which means consumers could enjoy more games for less money. 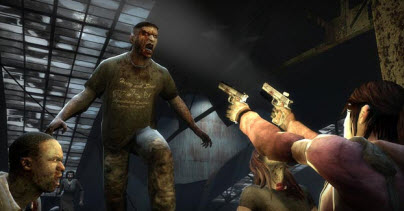 These benefits are so obvious, you would think companies would have done it already. But technically, it’s an enormously difficult problem. Faster broadband connections help, delivering better throughput, or one-way traffic speed. But games need low latency, meaning fast interactions back and forth. Improving broadband speed helps with throughput but not with latency.

Urbach and his partner Malcolm Taylor believe they can solve the problem far more economically than OnLive can. Perlman said that OnLive needs one Nvidia or AMD graphics card per instance, or per user. But Urbach says he can get 10 or more instances per graphics card. In a demo, Urbach showed that his server with a single graphics chip could run eight versions of the 3-D combat game DeadSpace. OnLive believes that it will be able to do the same thing, but it depends on the demands of the particular game bing played. OnLive’s technology could theoretically work on a cell phone, but the latency of the cell phone network means that the experience wouldn’t be very satisfying.

Skeptics would call this the battle of the hucksters. But what we have here is the emergence of competition, between David and Goliath. Perlman’s Palo Alto, Calif.-based company is well financed with major league backing from investors such as Warner Bros and more than 100 employees. It has been working on video games on demand for seven years and has accummulated scores of patents.

Urbach is just as driven, but his company has been bootstrapped since it formally began work on games on demand in 2003. He has seven employees and has raised no outside money. Charles Boswell, director of digital media and entertainment at AMD, said his company is working closely with Otoy because its solution scales nicely, making it much more economical to add servers.

AMD is in the process of testing the solution and how it works across the Internet in a mass deployment. A beta test is expected to launch this year, Boswell confirmed.

“It’s like any other technology where you have an evolutionary approach,” he said. “What we’re excited about is that this innovation will lead to the next phase of the Internet. Companies like Otoy and cloud computing itself are going to bring this about.”

Urbach was a co-founder of The Groove Alliance, a Flash game maker that made a splash in the 1990s with cool 3D web games. He also started LightStage, a facial capture company that helped capture human faces so they could be easily animated in movies such as Brad Pitt’s The Curious Case of Benjamin Button. LightStage, coincidentally, does work that is similar to that done by another Perlman company, Mova. Both were used in the Benjamin Button movie, but for slightly different effects. George Gilder is the one-time pundit who advocated the onset of the “Telecosm,” a world awash in bandwidth, in the days before the last bubble.

Gilder has been one of the true believers in Urbach’s vision, in part because Gilder himself publicized the whole notion — articulated first by Eric Schmidt, who was then at Sun Microsystems and now is the CEO of Google — that huge broadband connectivity would “hollow out the PC,” meaning that a world with so much networking connectivity would have no need for heavy-duty user computers.

It has taken time, but Otoy now works across a series of devices: Macs, PCs, netbooks, Tablet PCs, TV set-top boxes, and cell phones. It can display games with 720p resolution, or good enough for high-definition imagery. With a small 200,000 kilobyte browser plug-in, it can do full 1080p HD resolution. OnLive is focused on 720p because it believes that resolution works best, given the state of U.S. broadband. 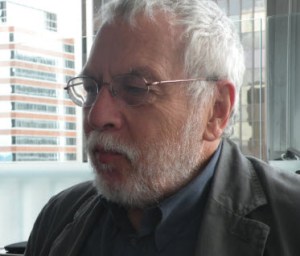 As Urbach gave me the presentation, I was sitting on the couch with Nolan Bushnell, founder of Atari and “father of video games.” He understood the significance of what Otoy could deliver to the video game industry and gamers.

“It makes walled gardens not nearly as compelling,” Bushnell said.

He also said that developers and publishers are under a huge amount of pressure to produce hits, mainly because the costs of making games has soared. If Otoy can take costs out of the food chain for making and distributing games, it can relieve some of that pressure. That, in turn, will spur creativity because it means that it will no longer be as financially risky to try out new ideas.

“People will try so much more weird shit if you eliminate the risk,” Bushnell said.