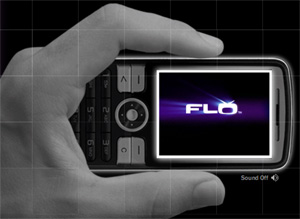 San Diego-based mobile tech company Qualcomm said the service can now reach more than 200 million potential viewers, who can use cell phones to watch live TV. The digital TV transition, where TV signals will move from the older analog wave signals to digital signals, will take place on June 12.

Fifteen new markets will go live on June 12, including Boston, Houston, Miami and San Francisco. Other markets will be added throughout the year.  Immediately upon the transition, FLO TV also will expand service in existing markets including Chicago, Los Angeles, New York and Washington, D.C. The FLO TV network gives consumers access to broadcast-quality TV news, sports, and other entertainment.

In January, Qualcomm’s FLO TV division said it teamed with auto entertainment system maker Audiovox to supply FLO TV for systems that can get reception for the service in cars. Qualcomm set up its own dedicated mobile network and built the radio technology into its cell phone chip sets. It has also secured programming from entertainment brands including CBS, ESPN, FOX, MTV and NBC.

[Are you an entrepreneur or executive active in mobile? Join us at MobileBeat 2009, our mobile conference for industry leaders. Sign up by June 9 (we’ve extended the earlybird), and save $145.]