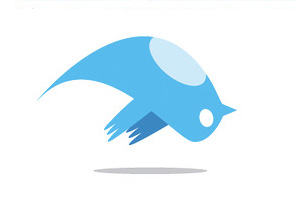 Marketing data provider HubSpot has published a State of the Twittersphere report based on data scraped from Twitter’s live site through its API.

With all the buzz over Twitter, and all the obsessed Twitterati who pack San Francisco tech-sector events, it might seem hard to believe that a large fraction of Twitter members are pretty passive users. They’ve signed up and showed up, but a surprising number don’t do much more than that:

• 80% failed to provide a homepage URL

• 76% of users have not entered a bio in their profile

• 69% have not specified a location

• 55% are not following anyone

Also in the report is a chart that shows the distribution of tweet lengths. It’s a sight gag. You can almost feel the mass of human writers squeezing up against the 140-character limit to cram in as much information as possible. 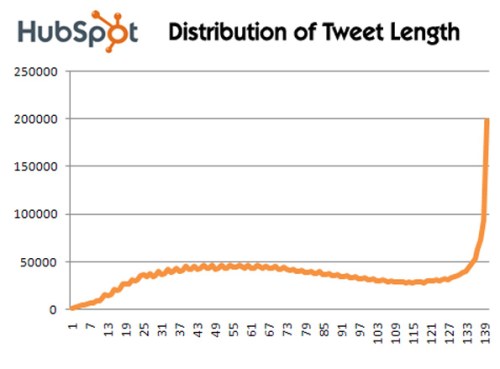 Otherwise, there’s nothing shocking. The only other stat that surprised me was that less than 2% of tweets are retweets (tweets a user copies from someone else to share with his or her own network of followers). My Twitter pals retweet each other much more than that. Hubspot’s data overall suggests that the spread of behaviors across Twitter varies much more than it seems to among those of us who spend a lot of time micro-blogging.