It all started with a console who’s name is commonly used by 5 year olds in reference to their junk. The Wii took the world by surprise. Coming off of a console which even most Nintendo Fanboys had a hard time pretending was good, the Wii had to satisfy some pretty high expectations. But instead of meeting any expectations, Nintendo turned a blind eye to its original fan-base and took complete control over  an untapped audience of huge potential. The Casual market, an audience consisting of mostly soccer moms, girls, and all kids under the age of thirteen. It wasn’t the half-assed family games that drew them, or the games based on movies based on rollercoasters, all the other consoles had those at one point. It was the controller. Most of us passed it off as a doomed-to-the-WalMart-bargain-bin gimmik. But oh how we were wrong.

Nintendo did it well, they took a concept used often in bad arcade Light Saber games, packaged it up with Wii Sports, and inspired millions of soccer moms to suddenly believe that playing Video Games might be beneficial after all. And hey, they can do their Yoga too! Three years and 2 kazillion dollars in profit later, the Wii has been a huge success. Now Microsoft and Sony want a piece of it. We all knew it was coming, with the Xbox 360 Arcade and the 2008 E3 Press conference dedicated to You’re in the Movies, it was only a matter of time before Microsoft attempted to steal a bit of Nintendos success and release their own motion controller. So when Project Natale was announced at E3, no one was surprised. What was surprising however, was Microsofts obvious effort in making Natale not just another waggle wand, but a substancial product that would bring a lot of new ideas and innovations to the table. 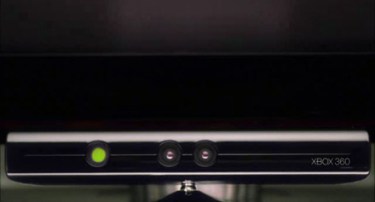 Completely eliminating the use of a controller is one thing, but tech demos like the painting game and Peter Molyneaux’s Milo give the impression that Microsoft, despite trying too hard to appeal to the casual while keeping the Hardcore happy, may actually go somewhere with Natale.Imagine playing an FPS by just making the shape of a gun with your hands and pointing at the screen to aim. With Nintendo in the Casual market and Microsoft not entirely sure which market it wants to be in, it was odd when Sony, the one company that has stayed hardcore through & through, showed their take on the motion controller at this years E3. The controller looks exactly like the Wii’s minus the wire between the Wiimote and the Nunchuck. Other than a short archery demo, we don’t know anything about Sony’s controller, although it does look shockingly similar to the Wiimote. Suspicious.

With Nintendo ruling the Casual games market, and Microsoft and Sony dipping their toes in to it, it will be interesting to see what happens over the next year or two with motion controllers. Regardless of the possibilities, let us hope that the next generation of consoles sticks with the comfortable and familiar controller. Remember, buttons are your friends.