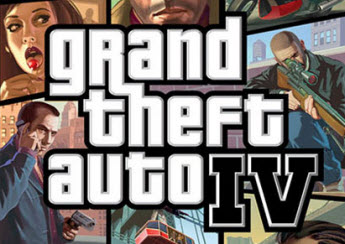 Strauss Zelnick is chairman of Take-Two Interactive. He has an enviable place in the industry, as head of a company that, through its RockStar Games division, has a lock on Grand Theft Auto, the most valuable franchise in the video game industry. GTA IV sold more than $500 million in its first week upon release in April 2008 and went on to sell a total of more than 13 million units. But although Take-Two owns 16 other big game franchises, it still has a rocky time whenever it isn’t releasing a GTA game. We caught up with Zelnick at the recent E3 trade show to talk about his strategy. Compare this one to last year’s interview.

VentureBeat: How are you feeling about how the investment community has viewed Take-Two in the last year?

Strauss Zelnick: I don’t think anyone feels good about how their stock price has been in the last year. I think the investment community is analytical about our stock. What they’re looking for is more consistency. They want us to diversify and broaden our base of very successful titles. That’s what we are trying to do. It’s reasonable for them to say, “Show me.” They heard us talk about how we would try to iron out some of the volatility in our results, and we’ve delivered some of that. It’s reasonable for them to expect us to deliver a breakeven performance in a year when we’re not releasing a major GTA title. This is that year. They want to see what we can do. I think it’s appropriate for a company to be rewarded to deliver consistent results. Some inconsistency goes with running an entertainment business. GTA is the 1,000-pound gorilla and you don’t want to look at it as a negative. We announced that it sold more than 13 million units. 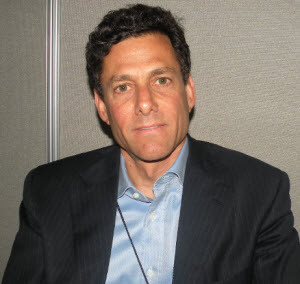 VB: Electronic Arts tried to take over your company last year. It didn’t happen. What would it take to convince investors that you’re better off as a stand-alone company?

VB: What is the takeaway that people should get from Take-Two Interactive at E3?

SZ: I’m hopeful that people will see the demos and say that the games continue to look like the best games in the industry. We own our own intellectual property and are making a limited number of the highest quality games in the market. We focus on all demographics. We do triple A titles for adults and families. We’re doing casual games and sports games. Whether it’s the new title Ringling Bros. and Barnum & Bailey’s Circus for the Wii, or whether it’s The Biggs for all platforms, whether it’s Borderlands, or whether it’s Bioshock 2 multiplayer
capabilities, we don’t aim to be all things for all people. We do aim to put out products for all demographics and all appropriate platforms. We want to do them at the highest level of quality in the business. That’s our goal.

VB: Do you still consider Metacritic ratings to be the best measure of quality?

SZ: Yes. And on that basis, we have the highest ratings of any third party in the industry.

VB: That’s an after-the-fact measure. Too bad you don’t have something to help before you make the game.

SZ: You do in some sense if you involve consumers in the testing process. Like everyone else, we do that. Our creative talent makes a difference. We think our creative talent has to be plugged into what consumers want. There is that balance between pursuing what they are passionate about, which we encourage them to do, and understanding what the market is looking for next. We try really hard not to be a follower. We don’t want to look at an Activision title and then try to do a watered-down version. We try to do something no one  has ever seen before. We don’t always achieve that. But that’s our goal.

VB: Do you look at some rival titles and say, we would never do that?

SZ: I think some titles our competitors have shown here look really really good. I’m so focused on what we’re up to I don’t have the time or inclination to criticize others. It’s harder to compete where someone has a marquee title. We do compete head to head in some categories. Midnight Club competes in racing. Some of our sports titles compete directly. We’re very proud of where they are. Our NBA title leads the category. We don’t rule it out if the market is really big. But you make a really good point. If you can’t be the market leader, and you want to be the highest quality shop in the business, you have to ask why you’re in the category. We’re not making a football game for that reason. 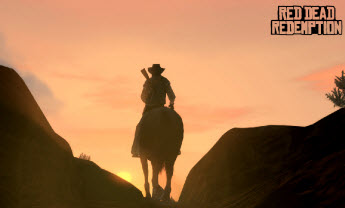 VB: You delayed a couple of big games in the name of quality: Red Dead Redemption and Mafia 2 are now coming out in 2010.

SZ: Moving around release dates is what the executives have to do. The fourth quarter is pretty busy. With more limited consumer spending this year, maybe there is too much. We want titles to stand on their own. With Red Dead Redemption, it’s more about finding the best release window. It doesn’t have to have a certain release date. On a couple of other titles, we’d like to polish them more. Slippage happens. We’d like to meet release schedules. But we’ll go for quality and marketing preparation over slavishly meeting release dates.

VB: EEDAR reported recently that the fourth quarter has the most game releases, as well as the most revenue. It seems that trend toward holiday releases still hasn’t changed, even though movies do well in the summer and at other times of the year.

SZ: I didn’t see the report but I know it’s a busy schedule. We proved with the release of Grand Theft Auto IV that you could release a game at a different time of year and still have it be a blockbuster. I wonder if it’s a chicken and egg problem. People buy in the fourth quarter because that’s when the titles come out. You know that consumers are willing to buy gifts during the fourth quarter. I would not put something out in the heat of July.

VB: But kids are out of school.

SZ: The television industry struggled with this, too. Kids don’t watch as much, but then the TV industry doesn’t put much good stuff out during the summer. The truth is that when it’s beautiful outside, you can’t believe people will stay inside and watch entertainment. Maybe that’s wrong.

VB: A lot of companies are looking at free-to-play models that are ad-supported or sell virtual goods, in exchange for free play. These games are successful in Asia. Are you looking at it?

SZ: We are wide open about it. We are making strides in Asia; we opened an office in Singapore. I’m skeptical that you can do a triple A title on an ad-supported or virtual goods supported basis entirely. But I wouldn’t rule it out. The good news is that business models are evolving still. You can absolutely say that in 10 years, this business is not just going to be about packaged goods. We’ve been innovating in micro payments, downloadable content, and in-game advertising. We’ve got new downloadable content coming in Grand Theft Auto IV add-ons. But I believe that if people are willing to pay for a title, you ought to charge them for it. 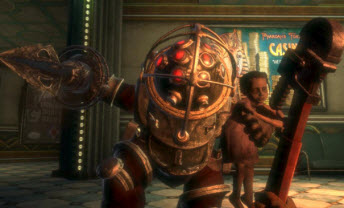 VB: What are your next highest-selling titles compared to GTA?

SZ: It’s some of the RockStar titles like Bully. We have 16 properties that have sold in excess of a million units.

VB: What does it take to have enough legs to stand on during the non-GTA years?

SZ: We have enough hits. We have an unmatched hit ratio. BioShock is a great example. It won 50 game of the year awards in 2007. We announced it sold around 3 million units. I’d like to see a title like that sell 5 million units. That would make the difference for us. If you have four or five titles that are significantly successful, that will meaningfully change our profitability.

VB: It’s funny how the business is changing. I used to hear that a million units sold was incredible. Now it’s sometimes the breakeven number, or it’s considered a dud. 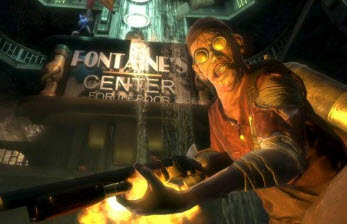 VB: How is BioShock 2 coming along? Are you doubling down?

SZ: Doubling down suggests it’s a gamble where you don’t know the result. We are investing heavily in making it bigger and better. We want it to be different enough that people will want to own it. BioShock got a lot of attention. It’s brand is huge. It won lots of awards. But it wasn’t as huge a seller. I’m hopeful that BioShock 2 will benefit from the brand awareness, where people will play it even if they didn’t play the original. It will have multiplayer capability, where the approach is interesting. The single-player game is a sequel in time to the original story. The multiplayer version is a prequel in terms of its setting. We think it’s innovative.

SZ: We haven’t announced any MMOs. Competing in that market in the U.S. is a real risk. It requires a huge upfront investment. It requires a big marketing push. And there are only two successful MMOs that matter in the U.S. It’s very hard to do.

VB: What do you think of OnLive, which is setting up a video games on demand service over the Internet.

SZ: We’re looking at them. We were in their press release. It looks pretty exciting. The notion that you could just go to a web site and start playing a triple A game without downloading anything — that’s very compelling. We’ll see if it works. I don’t make predictions about other people’s technology. It’s risky enough to make predictions about my own. There’s no doubt consumers would find it compelling to download something instead of going to the store. But the server capacity is a big task for millions of people to play it at the same time.