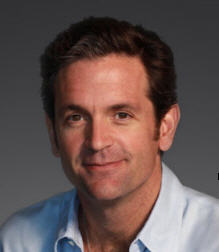 A couple of weeks ago, Electronic Arts executive John Pleasants told me how excited he was to help that giant video game company adjust the age of the Internet.

Now he’s bolted from Electronic Arts and joined one of the hottest social gaming startups, Playdom.

That’s sort of like Joe Biden quitting his job as  Vice President of the United States to become the mayor of Las Vegas. EA has 9,000 employees, while Playdom has 65. In an interview, Pleasants said one thing that’s consistent is that he has gaming in his blood and a passion for the marriage of online and games.

Mountain View, Calif.-based Playdom is on a tear. It is growing its monthly Facebook game revenues in the triple digit range and now has five games on Facebook and a dozen on MySpace. The company is angel funded and has never taken a venture round. Pleasants said the company is profitable. As such, it’s in an enviable position in social gaming, one of the hottest segments in video games.

[Update: Electronic Arts spokesman Jeff Brown said that EA decided to hire back John Schappert as its chief operating officer. When EA told Pleasants this, he elected to pursue another opportunity, Brown said].

Even so, the magnitude of what Pleasants is doing is stunning. He is going from a company with $4 billion in revenues to one that is in the tens of millions (Playdom doesn’t report precise numbers). He joins other executives who have made similar moves. Last week, Simon Jeffery quit as president of Sega of America to become an executive of iPhone game startup Ngmoco, which itself was founded by Neil Young, a former EA executive.

The pattern is clear. No executive wants to say it. But rather than try to fix a big company that’s having trouble with the transition to digital, these executives are going straight into the digital market to create or join companies in the hot iPhone or social gaming markets.

Pleasants said he feels at home with startups, with “pizza boxes everywhere.” He helped Ticketmaster grow to 4,000 employees and helped it make the transition to a web-based business. He also served as an executive at four startups, including Match.com, CitySearch, Evite, and Revolution Health.

He said he believes EA is in good shape and that his successor, John Schappert, is likely to be very successful at the chief operating officer job. Dan Yue, former CEO and the co-founder of Playdom, will move to chief product officer and focus on making games.