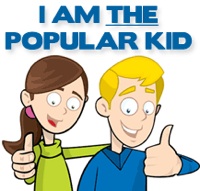 Twitter has created a small stir with the announcement that it’s cracking down on people who use automated software to make themselves look more popular on the microblogging service.

Apparently, there was a group of users who would sign up to follow (i.e., read updates from) huge swaths of people, then use software to un-follow folks who don’t follow them back. Twitter hasn’t published any hard-and-fast rules about this, but says those who “use software to constantly churn followers in a repeated pattern of following and unfollowing will … risk suspension.” The idea, presumably, is to cut down on the number of people who are trying to “game” the system, and are following people to just to up their own follower counts.

It’s a smart move for Twitter to discourage behavior that could be considered “spammy” in some way, lest the service be completely taken over by self-promotional losers. Some writers are predicting that there will be complaints and backlash, and while I have no doubt that some people will grumble privately, I’m betting public outcry will be minimal — can you imagine a movement rallying behind the complaint, “I can’t use software to unfollow people anymore!”? Anyone signing that petition would just look ridiculous.

The other point that struck me is the way this news underlines the desire by Twitter and its users to see follower counts as a legitimate measure of worth. The fact that Twitter provides a public, non-reciprocal measure of popularity (unlike friends on Facebook) is probably a factor in the press’ continual fascination with the service. I’ve been guilty of watching my follower count obsessively too, but let’s not kid ourselves — having lots of followers on Twitters means that you are popular on Twitter, nothing more. Ashton Kutcher’s silly race to 1 million followers was a potent demonstration of that.

But maybe I’m just jealous because I have fewer Twitter followers than most VentureBeat writers.