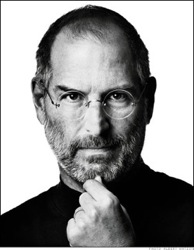 Some of the questions about Apple chief executive Steve Jobs’ continuing medical leave appear to be answered: Jobs received a liver transplant two months ago, according to a story in the Wall Street Journal.

Jobs revealed in 2004 that he had been treated for pancreatic cancer, and a medical expert interviewed by the Journal said it’s common for that kind of tumor to spread to the liver. Perhaps more significant from a business perspective, Jobs is reportedly recovering well and still expected to return to Apple at the end of June, as planned. However, “a person familiar with Apple” said Jobs may only work part-time for the first couple of months, while chief operating officer Tim Cook (who has been running the company in Jobs’ absence) takes on even more of a leadership role, including joining the company’s board.

Anyone who reads the tech press knows there has been constant, merciless speculation about Jobs’ health for months, justified to some extent by the sense that Apple’s well-being is closely tied to his. Most recently, many Apple fans (including those at VentureBeat) hoped in vain that Jobs would make a surprise appearance at the company’s Worldwide Developers Conference. Still, Apple appears to have continued on a steady course in Jobs’ absence, which may help prepare and reassure investors for whenever he decides to scale back or leave.

Apple’s only comment in the Journal’s story was, “Steve continues to look forward to returning at the end of June, and there’s nothing further to say.”