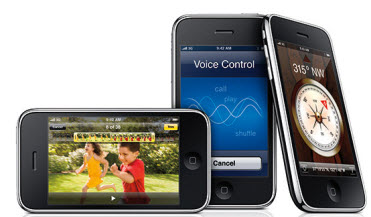 Apple has come a long way with games on the iPhone. There are 12,403 games among the 59,073 apps, according to Mobclix. The iPhone 3.0 software and the iPhone 3G S have a lot of cool features that help games, such as notifications that tell you when it’s your turn in a multiplayer match.

But Mark Pincus, chief executive of Zynga, says there is plenty that Apple can do to make the iPhone better.

Yesterday, at the Social Gaming Summit, he called on game companies to approach Apple as a group and spell out their requests. Afterward, he talked about his recommendations in a one-on-one interview.

Pincus thinks that the speed with which Apple created the iPhone 3.0 features shows that Apple is willing to invest heavily in the platform and make continuous improvements to it. It should result in a new generation of world class games and other apps.

Above all, he wants Apple, as well as Palm, to turn its device into a “socially enabled” device. That is, he thinks Apple should embed Facebook into every phone so that it can easily fetch pictures of contacts, profile details, and other data that make the iPhone a better, more personalized phone. Right now, Facebook and other social networks are available as apps, which link the phone to a web-based network. But most of the functionality is still handled on the web, not on the iPhone itself. Developers can already get Facebook data, like friends lists, and integration with messaging features on Facebook through Facebook Connect. But they need to install code from Facebook on their own. Not every developer has the time and energy to do this. And, of course, information like phone numbers on somebody’s iPhone isn’t necessarily present on Facebook — Apple could add social features on its own. 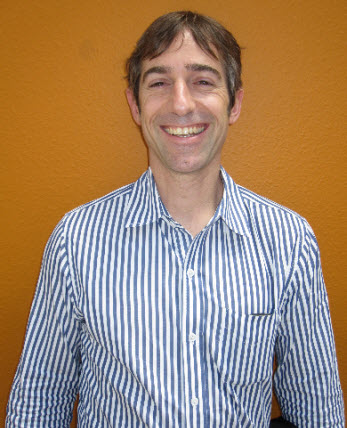 With a social network in place, players would be able to share games across their network of friends through a one or two step process. The value of the iPhone as a gaming device, Pincus says, is that it lowers the bar on accessibility. Its apps are so much easier to use than logging on to games on a computer. And the apps are readily available whenever the users has a minute of free time.

The problem with all of those games on the iPhone is that they are easily forgotten once they drop off top 25 sales list. Apple may feature them or keep them high in a directory of game choices, but there are few ways for games to get noticed. Electronic Arts has resorted to heavily advertising titles like The Sims 3, a paid game which briefly took the No. 1 spot but was overtaken by Sally’s Spa.

It’s a good thing that small titles such as Sally’s Spa can become hits. That’s why so many one-person shops have become excited about making iPhone games. But discoverability is a huge problem because it means that game publishers can’t get consistent results.

On Facebook, there are plenty of profitable game companies. But so for the iPhone, Pincus believes that few companies, particularly the bigger game companies with big investments, are making money. One proof point: On Facebook, it’s hard to find contractors because so many small developers are publishing their own games directly on the platform. But on the iPhone, contractors are plentiful. That shows that a lot of iPhone developers can’t yet make it on their own on that platform.

The game publishers have to monetize free games on the iPhone and scale up so they can get consistent hits on the platform. Viral sharing — maximizing the volume and frequency of people joining a site — has been tempered by Facebook to prevent excessive spam, and it is now a reliable form of growth. For the best games, the social connections go beyond pure virality. Some companies, like Playfish, don’t try to maximize virality, and instead focus on making games fun — fun enough that people will want to share them as a result. Whatever a gaming company’s growth strategy, the social data and communication services on the site are how Facebook games can reach a wide audience without huge advertising.

Pincus believes that Apple should expose an applications programming interface, or API, with iPhone apps developers so that they can identify the people on a friend’s list or contact address book. And then figure out which of those people has an iPhone. That way, it becomes much easier to share an app from one person to another, or to send a direct invite to join a multiplayer game.

Some wags (such as former VentureBeat writer MG Siegler) believe that Apple should create a version of Genius, the recommendation engine for iTunes, for the iPhone. That is, Apple could compare the list of apps on your phone to the lists of people who have similar apps. Then it can identify which apps to recommend that are missing from your list.

He thinks that game avatars from web-based games should be portable so they can be used in apps on the iPhone. With the Sims 3, for instance, you can spend a lot of time building a character in the PC game, but you have to do the same thing over again if you play the iPhone version.

Another thing that Apple should do is make virtual goods purchases, which are now available in paids apps thanks to the iPhone 3.0 software, available in free games as well. Free-to-play games, which are huge on the Internet and in Facebook games, are those where gamers can play a game for free but the developer makes money through micro-transactions, or small purchases of objects needed in the game. The virtual goods economy is just getting started on the iPhone, but it could become the premier way that Apple and game companies makes money.

“To me, this is web 3.0,” Pincus said. “If Apple can make these improvements, they should be able to go from a billion apps sold to four billion quickly.”