Palm’s fourth-quarter performance beat Wall Street expectations, and that’s before the Pre’s arrival kicked sales into high gear. The company’s Q4 loss was $53.4 million, or 40 cents per share, on sales of $113.2 million, excluding one-time items. Wall Street had been expecting a 62-cent loss on revenue of $80.64 million. Palm’s fiscal 2009 loss adds up to $241.1 million, or $2.08 per share excluding items. 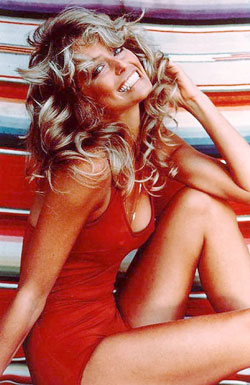 “She will be remembered as the modern Mona Lisa,” Hollywood producer Craig Nevius said of actress Farrah Fawcett, whose three-year battle with cancer ended on the same afternoon that Michael Jackson succumbed to cardiac arrest. (It’s so unfair. She deserved her own day atop Twitter’s trending topics.) Nevius raises a challenge to Internet triumphalists: Fawcett’s famous 1976 pin-up poster, featuring an image captured entirely by analog processes and then printed nice and big on paper, was way more arousing than looking at Hottest Girls on an iPhone. I don’t need more porn, I need better skin tones on this iconic poster, which really was the Mona Lisa of my teenaged Seventies. Hopefully some fan will do a better scan and upload it.

President Obama has nominated Meredith Attwell Baker to round out the Republican side of the Federal Communications Commission. Baker’s previous job was a mouthful: Acting assistant secretary of the National Telecommunications and Information Administration. Ars Technica hates her for lots of good reasons: She’s positive about the FCC’s wireless spectrum management, she’s not sold on Net neutrality as a key to innovation, and do you really need a reason number three? 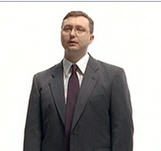 Cheer up, PC! Gartner says sales will rebound by the end of the year. The analyst firm has replaced its former forecast of a 9.2 percent drop in sales from 2008 with a less stomach-churning 6 percent drop.  More hopeful than the absolute value is the direction in which forecasts are now moving.

Crowdsourcing software lets employees do the forecasting for product shipment dates and sales projections. Crowdcast founder Mat Fogarty spent 10 years doing corporate forecasting at behemoths Electronic Arts and Unilever. As everyone has known since the modern corporation was invented, employees such as executive assistants or production line managers often have better information and more accurate insight than their management.

iPhone 3G S boosts YouTube uploads 400 percent per day. Admit it, you probably don’t know what an exponential function is. But the Ph.D’s blogging away at Google sure do. They’re as flabbergasted as anyone else that since the new iPhone became available, YouTube mobile phone uploads are quadrupling day over day, as more and more users figure out how to use the new model’s built-in camera with its post-to-YouTube button.

This just in: Farrah gets her Twitter tribute. YouTube’s spell-checker is in action, merging tweets about Farrah with those about “Farah.” Read them all at this link. Also, former Johnny Carson sideman Ed McMahon has passed on. Jeff Goldblum‘s reported death appears to be a hoax.