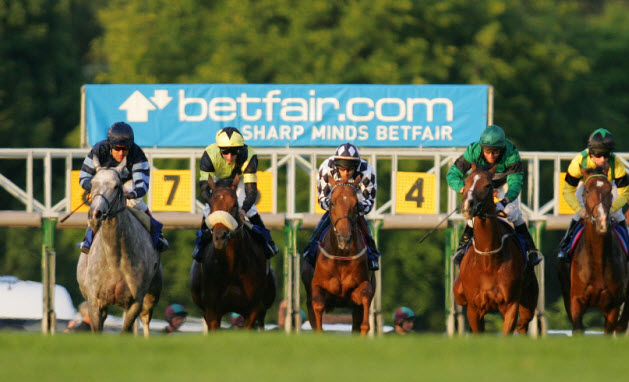 Betfair is wagering that the U.S. will see a surge in online gambling on horse races. The British firm is backing up that belief by expanding in Silicon Valley and refashioning its web property here as more of a gambler’s social network.

If it’s right, it could see a pretty payday.

The opportunity is ripe in part because of the quirks of U.S. laws governing gambling. Poker is having its day in the sun, thanks to a huge revival in recent years. But betting on online poker with real money became illegal in the U.S. in 2006. Meanwhile, horse racing is seeing a decline in interest, since it’s viewed more as your father’s sport. On the other hand, it has wide-open turf in online gambling, since betting on horse racing is exempt from the 2006 law.

If the horse racing industry plays it right, it could see its own renaissance in online gambling. London-based Betfair was founded in 2000 and has built a huge base thanks to the popularity of horse racing in the United Kingdom. Betfair was set up as a betting exchange, sort of like eBay, where sellers and buyers do their own deals. Gamblers make their own wagers, as one player sets the odds and the other accepts them. Money is held in escrow accounts by Betfair. When the race is held, the loser pays the winner, and Betfair takes its share of the winnings.

By and large, Betfair draws more gamblers because it can more efficiently set favorable odds than bookies, who build their own commission into the odds. Its servers match about 1,000 bets a second, which means it’s about as busy as a stock exchange. The privately held company has six data centers to support the traffic. In the year ended April, 2008, it reported earnings of $69.5 million on revenue of $396 million. (It is not required to disclose earnings but does so.)

And now it’s preparing to launch a social network around the TVG web site to stoke interest in betting on the sport. It is also building applications to let people bet on horse races from sports bars via their mobile phones. To do this, Betfair will have to add about 50 people to its U.S. staff of about 170 and another 150 elsewhere. In the United Kingdom, the company has 1,400 employees.

TVG’s web site is currently a Web 1.0 experience, says Gerard Cunningham, president of Betfair USA. But three weeks ago the company launched Ultimate Track Streaming, a media player on the site that can stream high quality videos of live horse races to viewers. It has also set up blogs and a Twitter feed for gamblers.

In the future, Cunningham said the site will add live chat so that gamblers can discuss a race as it’s happening. That should be popular, since gamblers can bet on a race even as the horses approach the finish line.

But there are still some hurdles. TVG has stayed out of 34 states because of unclear gambling laws or strict prohibitions. It has rivals who aren’t quite as careful. But Betfair is still larger than rivals such as Youbet, Xpress Bet and Twin Spires.

On top of that, TVG and Betfair have to figure how to deal with declining interest in horse racing in the country. Still, the amount of money wagered is nothing to sneeze at. In 2008, about $14 billion was wagered at physical horse race tracks around the country. Of that, Betfair’s TVG handled about $500 million in transactions.

Betfair thinks that, with proper sports marketing, the amount of money being wagered could go up, and the amount of betting happening online could also rise. With the way state budgets are these days, Betfair is hopeful more states will make online gambling on horse races legal so they can reap better tax benefits. But Cunningham says there should be plenty of growth ahead, even without changes to betting laws.