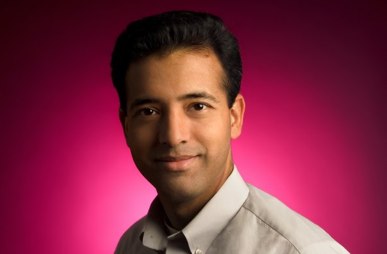 At Facebook, he’ll be helping to lead general monetization product development, including the social network’s still-young payment system as well as its advertising features, the company says. A Googler since 2003, Fuloria has worked on the search engine’s payment system, Checkout, among other products.

One may be forgiven for thinking that Facebook is intentionally targeting the Googleplex for recruitment, even though it does have a diverse mix of people from Yahoo, Apple, and other leading technology companies. Ex-Googlers, or “Xooglers” as they call themselves,” who are at Facebook now include: Chief operating officer Sheryl Sandberg, marketing and policy vice president Elliot Schrage, platform leader Ethan Beard, and engineering director Greg Badros.

Most of these people had joined Google before it went public in 2004; post-IPO attrition is inevitable at any company, and at Google, many early employees have gone into angel investing, started their own companies, or joined other hot startups — especially Twitter). As Facebook nears 1000 employees, it seems to have earned itself the title “Most Googley” — at least until Twitter does some more hiring.