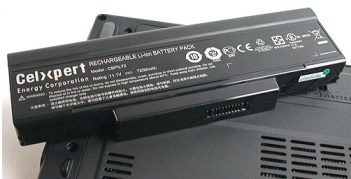 A couple of weeks ago, Advanced Micro Devices blew the whistle on the battery-life claims that laptop manufacturers make in their ads. The chip maker said the battery life cited in these ads cite were based on tests done in ideal conditions that users wouldn’t encounter. Quite often, actual battery performance is half the time advertised.

Now it looks like that’s going to result in a class action lawsuit against computer makers. Girard Gibbs, a law firm that specializes in securities litigation and consumer class actions, is looking for possible plaintiffs related to the issue and is offering a “free consultation.” It’s time for the computer industry to move to regulate itself in a hurry.

In an interview, Patrick Moorhead, a vice president at AMD, all but predicted that litigation would happen. He said, “We’ve seen this movie before and it has three endings. Either industry will regulate itself. or FTC will come in and say what to do. Or some giant class action lawsuit will happen, as there was when” computer makers made misleading claims about things such as the performance of hard drives, CD-ROMs, and the diagonal length of monitors.

Things started getting fishy in the past year when companies started advertising “all day battery life” for laptops that clearly didn’t last that long. After AMD started doing interviews, a number of articles hit the fan. David Pogue of the New York Times wrote that a fair description of battery life is long overdue.

Moorhead suggests that the industry adopt two different measures of battery life. Computer makers should measure resting time, or the time a battery will last when a laptop isn’t in use but is still turned on, and active time, which is what happens when the computer is actively being used. Of course, AMD does have a vested interest. In the ads, Intel-based machines fare better than the AMD ones. But in real-life testing, the gap between the two isn’t so wide.

AMD was part of a group, BAPCO, which approved the Mobile Mark 2007 benchmark that is used in today’s ads. Intel and computer makers are the members. Moorhead said he is bound by a non-disclosure agreement and so he can’t say how AMD voted on that benchmark. But he said the benchmark measures the battery life of a laptop when its screen brightness is only about 20 percent of normal, the CPU (central processing unit) is in 7 percent usage, and the Wi-Fi radio is turned off. Those really aren’t normal conditions, and that’s why actual measurements of battery life by reviewers is often so different from the advertised benchmark times.