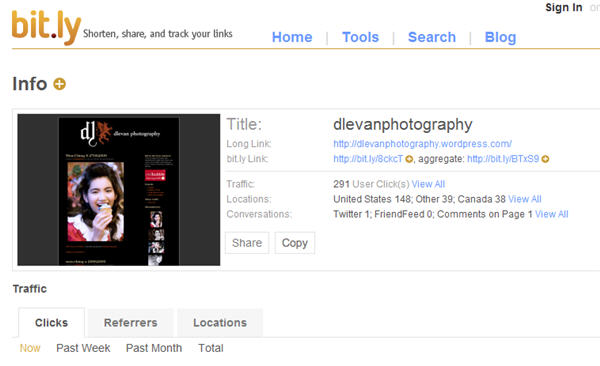 URL shortening services may seem trivial, but they’re a potential goldmine of information about what humans on the Internet, not automated bots, find valuable or at least interesting.

In return, Bit.ly gives back a short URL that looks like this: http://bit.ly/YZLpD.

The user or server publishes the Bit.ly URL instead of the longer original, saving valuable space in a short update on Twitter or another social network.

At the same time, Bit.ly makes a note to itself that “YZLpd” should be translated to www.verylongname.com/very_very_very_long_url.html. Whenever a user clicks on the shortened URL, their browser sends a request to Bit.ly for, in this example, http://bit.ly/YZLpD. Bitly redirects the user’s browser to the long-form original URL on another site.

Can you spot the potential business? As Twitter’s default shortener, Bit.ly collects an average 2 million new URLs per day — 100 times the number of URLs submitted to Digg. Bit.ly tracks 150 million clicks per week on its shortened URLs. The company wants you to think of those as votes, which would make Bit.ly one of the Net’s largest running polls on what is and isn’t interesting.

TechCrunch has confirmed the rumor that Bit.ly will soon go into competition against Digg and other user-generated-content sites with a service internally dubbed Bit.ly Now. Bit.ly claims its collected data can tell not only what’s popular right this second, but what’s about to blow up huge. Unlike Twitter’s trending topics list, which shows what’s being tweeted a lot, Bit.ly measures what links Twitter readers are actually clicking.

The most obvious way to monetize this information would be to sell it as an embeddable data stream for news sites — an automated ticker that shows what everyone’s clicking.

But can Bit.ly really replace Digg? TechCrunch editor Mike Arrington writes that “Digg has to constantly fight users who try to game the system.” If Bit.ly catches on as an arbiter of what’s hot or not, users will figure out ways to game Bit.ly, too.