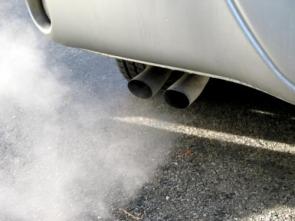 The White House today approved California’s move to institute tough greenhouse gas emissions regulations for automakers well ahead of similar federal legislation. The waiver, officially granted by the U.S. Environmental Protection Agency, is said to be a first major step for the country to follow California’s lead in cutting emissions across the board.

Following close on the waiver’s heels, the Climate Bill approved last week by the House of Representatives would codify many of the regulations California is already implementing. For example, the cap-and-trade system that has quickly become the most controversial part of the bill, is very similar to the system deployed in the golden state in 2006. It also echoes rules currently being developed by the California Air Resources Board, to go live by 2012. The other major pillar of the bill — the requirement that utilities across the country generate 20 percent of their energy from renewable sources by 2020 — was also preempted by California, which has set a lofty requirement of 33 percent by the same year. President Barack Obama has also been very vocal about scaling California’s rules to the national level by 2016 — a steep challenge considering real action will only start to take place in 2012.

By giving California permission to institute its own standards (as well as the 13 other states and Washington, D.C. that have already copied them), the White House is essentially requiring automakers located there to immediately begin selling more fuel efficient vehicles (including hybrid and alternative fuel-based cars) toward a goal of reducing their own greenhouse gas emissions by 30 percent by 2016. Industry analysts predict these companies will start phasing out SUV product lines, as well.

Those who were opposed to the waiver, primarily automakers, unsurprisingly, note that the policy changes will make every new vehicle $1,032 more expensive than before — downplaying the counterargument that this amount could be made up for in gas savings within two to three years of purchase, according to California Air Resources Board. Car makers, who initially sued to block the waiver, dropped their objections following the federal bailout of Chrysler and General Motors.

The bailout funds have also hushed the automotive industry on the issue of ambitious fuel economy mandates. Last month, Obama announced car makers would be required to hit 35.5 miles per gallon with all of their product lines by 2016 — 10 miles per gallon more efficient than the current standard.

California environmentalists, including green-friendly governor Arnold Schwarzenegger, are celebrating their victory today, after waiting several years for approval. For 40 years, the state has been out ahead of federal policy — each time asking for a similar waiver that has always been seamlessly approved. In 2007, President George W. Bush denied the waiver for the first time, winning favor from automakers statewide. It’s significant that one of Obama’s first environmentalist actions in office has been to overturn this decision.