Doom, probably not what you were expecting on Apple’s iPhone but you should be very glad that it has finally launched and is one of the first shooting games on the iPhone to actually  not suck. 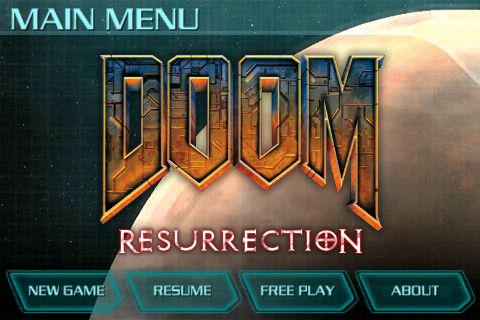 It uses the iPhones accelerometer to control the crosshair while you go on a journey through a busted up military base destroying zombies of varying types.  Gameplay is very satisfying and simple, as it should be since there isnt very much screen real estate on the iPhone. There are 5 buttons, shoot, reload, pause, change weapons and dodge. The dodge button is used to evade enemy projectiles. Certain enemys throw peices of what looks like flaming shit at you and they do lots of damae.

The graphics and sound are really good, but the game seems to have really bad frame rate problems on my Jailbroken iPhone 2G. This game i think was clearly made to run beter on the iPhone 3GS which has more ram than the iPhone 2G and 3G adn thus can run more graphics intensive game. If you are playing this on a iPhone 2G or 3G I suggest shutting down your iPhone then restarting to clear up any ram being used up on other apps. 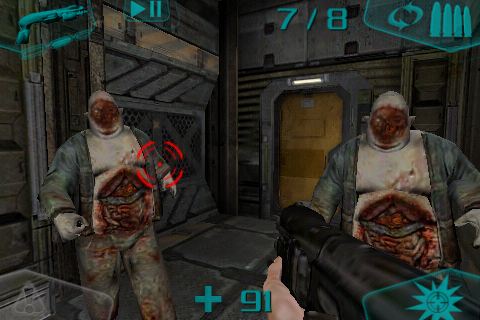 I still havent beaten the game but the developers,  id Software say that the game is atleast 4 hours. Not to mention boss fights, and various enemy as the levels increase. Currently the game is $9.99 on the App Stor 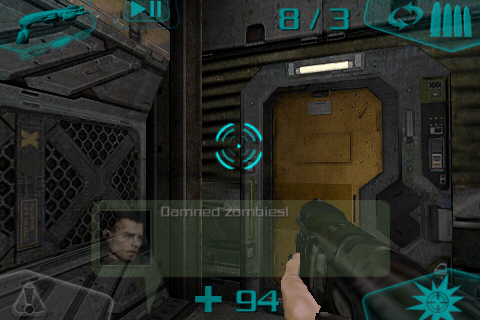