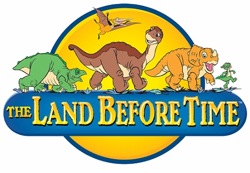 There’s been a lot of activity in the web browser market during the year since Mozilla released Firefox 3 — we’ve seen the release of Safari 4 and Internet Exporer 8, and Google has entered the competition with Chrome. Now Mozilla has a new release of its own, Firefox 3.5, with a bunch of new features. The most noticeable changes? One, it’s much faster. But two, it’s missing some key add-ons, which is like a big (if temporary) step back in time.

As someone who does most of his work in Firefox, my biggest complaint has been the occasional slowness and instability, which seemed to increase over the last few months. Mozilla says that using the Sunspider Javascript test, Firefox 3.5 is twice as fast as Firefox 3, and 10 times as fast as Firefox 2. I haven’t given Firefox 3 a thorough test, but in the hour I’ve been using it, I haven’t had to sit and watch my MacBook’s spinning color wheel (indicating that I need to wait as a page loads), and that’s a welcome change.

Then again, I can’t make an apples-to-apples comparison, because none of my browser add-ons (namely, programs I downloaded to enhance Firefox) are working yet. The fact that many of my biggest loading programs occurred on pages that used Google Gears (which gives me offline access to applications like Gmail and Google Docs) probably contributes to the new feeling that my browsing is going really smoothly. Which is nice, except the availability of add-ons, particularly Gears, was one of the main reasons I switched to Firefox.

In his review of the new browser, Technologizer’s Harry McCracken says, “Not all Add-Ons will be compatible with Firefox 3.5 out of the gate, but most major ones already work.” I don’t use enough add-ons to verify that, but I have asked Firefox and Google for comment.

Here are some of Firefox 3.5’s other features:

You may recall that Mozilla set the record for downloads in a single day when it released Firefox 3. There are no plans to repeat that stunt for Firefox 3.5, Mozilla says, because that might “melt the Internet.”

Update: Mozilla’s add-ons director, Mike Nguyen, emailed me to say that Google had a version of Gears ready that was compatible with Firefox 3.5, but it was delayed due to some “last-minute bugs.” There should be a new version out next week, he said.

[top image from Universal Pictures’ film The Land Before Time]