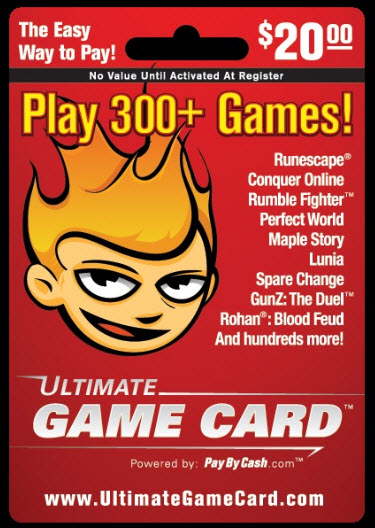 PlaySpan said today it has expanded into Brazil, Turkey and other countries with its Ultimate Game Card, a prepaid card sold in stores that gives gamers credits to spend in online games.

The expansion means the card will now be available in thousands of new stores. Gamers can use the card as currency in more than 1,000 online games, virtual worlds and social networks.

In Turkey, PlaySpan’s card will be available in over 3,000 Internet gaming cafes as well as multiple Turkish web sites and portals offering local payment options. Turkey has about 28 million Internet users, many of whom play online PC games, and a decisively young population that shows a strong preference for multiplayer PC/online gaming.

In Brazil, the Ultimate Game Card will be distributed in more than 1,400 Internet cafes, where a majority of online gaming takes place. It will also be available in over 4,000 stores. About 6 million Brazilians play in Internet cafes, while another 18 million play at home via broadband connections.

Santa Clara, Calif.-based PlaySpan is looking for more international locations to sell its cards. Full told, the card is available in 45,000 locations in North America.