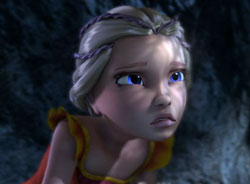 StudioGPU replaces computer animation render farms with $5,000 PC — I’ve seen the demo with my own unbelieving eyes. A single graphics accelerator card on a standard Intel-powered PC can now render in seconds what used to take a roomful of servers all day. Hollywood-based StudioGPU, a privately-funded startup, has released MachStudio Pro, a software tool that lets computer animators design and render scenes nearly in real-time.

StudioGPU’s demo setup fits on a restaurant table and leaves room for dessert, yet a StudioGPU employee showed me how he could modify the lighting and other parameters on the same demo video found on the company’s homepage, with no visibile delay between tweaking the knob and, say, watching the room brighten enough to see one character’s face in the complicated lighting shown here.

CNN “source” in Tehran turns out to be some guy on Twitter — An editor at Gawker found that quotes attributed to a “source,” which was made to read like some reporter’s traditional personal contact on the ground in Tehran, were actually pulled off Twitter. A CNN spokesman called it a regrettable mistake.

Michael Jackson traffic charts continue to amaze — Hitwise has plotted traffic to TMZ and news sites on last week’s saddest day for pop culture. Jacko, as music journalists noted over the years, always hoped for a hit even bigger than Thriller. Last Thursday, he got it.

Facebook modeling competition saves young women from moving to Los Angeles only to be tragically disappointed — Sonnet Models is a newly-launched British startup whose announced plan is to create a Facebook-based modeling agency. “For example,” Sonnet’s launch announcement says, “a scout from an LA-based agency may be looking for new face to meet a client’s request – a female who is at least 5’11”, aged 16-18, living in California and considered beautiful and elegant by men aged 25-35, living in New York, who are interested in technology and fashion. This may seem like an impossible task.” Actually, it sounds like a great idea for a dating service. The company is kicking off by hosting a modeling contest that promises an introduction to the upper end of the industry for a few winners. 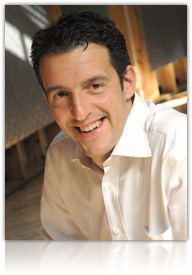 Joost, the failed YouTube rival, replaces CEO — Mike Volpi (pictured) is out, and former SVP of engineering Matt Zelesko has taken his place. AllThingsD reports that Joost has abandoned its plans to become a YouTube-like video portal, and will instead focus on selling a white label video hosting service. The video shakeout is here.

Palm Pre sales fall short of iPhone-Killer status — Barrons reports that Palm sold an estimated 300,000 Pres in June. Does that sound like a lot? Apple sold a million iPhone 3G S superphones in one weekend.