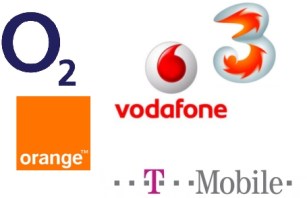 Ever since Deutsche Telekom’s chief financial officer Timotheus Hoettges valued his company’s underperforming T-Mobile UK unit at $5.4 billion in May, there have been a swirl of rumors surrounding a possible sell-off. Those rumors have taken off in the last couple of days with reports that rival Vodafone has brought in people to look at a potential purchase. Operators O2 and Orange have also reportedly been interested in T-Mobile’s 16.5 million subscribers and 16 percent share of the UK mobile market.

But given that raising capital and/or debt for such an acquisition would be a stretch for any of these players, Hutchison-owned Three might make the most sense as a buyer, and the key is in the network assets, according to an industry insider.

“By far the most obvious pairing is with Three because of the whole network sharing issue,” he says. Three and T-Mobile already share network assets in the UK, as do Vodafone and Telefonica-owned O2. “What you’ve got is effectively an 18-month start on delivering the synergies on the merger. The real difficulty with Orange, Vodafone or O2 is how you disentangle the network sharing. It’s not impossible but it strikes me as a major task.”

Some are already wondering if the UK may be headed for a scenario where all the operators might share a single infrastructure  for all services —“akin to the electricity and gas networks,” says Emeka Obiodu, an analyst at Ovum.

The would-be sale of T-Mobile highlights just how lethal the cocktail of press and shareholders can be in matters of M&A. Private equity house Blackstone, which owns almost 5 percent of T-Mobile’s parent Deutsche Telekom, has been keen on a T-Mobile UK sale for months now, but Telekom’s management had originally been resistant.

“There’s a PR battle being played out in the press,” says the industry insider. “But Blackstone have won it … Once there are offers on the table, the T-Mobile board is obliged to defend why they wouldn’t accept the offer.” That’s something that they may have had trouble doing, given T-Mobile UK’s write-down charge of $2.4 billion last quarter.