There’s something cool about buying stuff in stores with your cell phone. They do it in Europe and Asia, so why not here? Bling Nation has come up with a way to introduce pay-by-cellphone transactions in the U.S. for the purchase of physical goods at stores.

That, in turn, has enabled the company to raise $8 million in funding, which is being announced today. Investors include Lightspeed Venture Partners, Meck and Camp Ventures. The hope is to disrupt the inefficient $60 billion credit card purchasing industry.

The Palo Alto, Calif.-based company works with banks in local U.S. communities to set up the infrastructure required for its Redi Pay Bling mobile payments service. It offers consumers a better and more fun way to buy things with a phone, helps banks set up secure mobile payments, and lets merchants offer on-the-spot reward programs to keep customers coming back.

The banks give consumers a sticker to put on their cell phones that contain radio frequency identification (RFID) tags with special security features. You activate them the same way you activate an ATM or debit card. 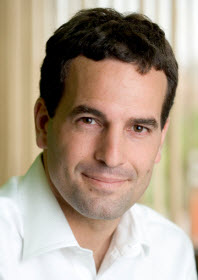 Bling Nation also gives out tag readers to merchants. So when someone comes in contact with a reader, the tag wirelessly activates and performs a digital handshake. The customer then pushes a button on the phone to authorize a purchase. The tag reader verifies the transaction. A text message is sent back to the customer as a confirmation and receipt. You have to enter a PIN code on big transactions.

For consumers, it’s a good deal because it’s more convenient and safer than carrying around a lot of cash. If you lose your cell phone, you can quickly report it, and the payment mechanism won’t work on big transactions without the PIN code anyway.

Wences Casares, co-chief executive officer of Bling Nation, said it took two years to develop the technology platform, which is similar to systems used in Japan. Two months ago, the company deployed its first system with The State Bank in the small town of La Junta, Colo. Now 25 percent of the bank’s customers are using the system and it has signed up more merchants to participate than it had in previous payment systems in the last two years.

There is no personal data stored on the encrypted RFID tag. It has both a static number and a dynamic number (one that changes) that are used in the authentication system.  That helps the bank protect against anyone trying to create fake tags.

The company competes with credit card companies like Visa and Mastercard. Other competitors  include Revolution Money and Tempo.

Like its rivals, it keeps less than a percent of the transaction fee. But it will try to offer the best deals so that the smaller fee can be a draw for merchants. Merchants can offer incentive programs, like sending a text message offering a free drink after someone buys five drinks at a coffeehouse.

Casares and his co-CEO are veterans of the Latin American banking industry. They created Patagon, a banking portal, and Internet Argentina, an Internet service provider. They created a micro-finance institution that is Brazil’s biggest such bank now. They’re familiar with community banking and want to launch the technology platform in small communities in the U.S. first. About seven or eight banks are expected to be operational this year.

Eric O’Brien, a partner at Lightspeed, said the company has looked at mobile and online payments for a while but hadn’t backed anything in physical mobile payments until now because no one had developed a system that worked well for consumers, banks and merchants as well. It’s also as disruptive to the payments industry as the Internet was to the telecom industry a decade ago, he said.

Previously, the company got $5.3 million in funding from Meck.  The company was founded in 2007 and has 25 employees.