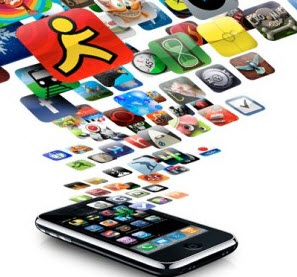 Apple grabbed headlines on June 8 at its Worldwide Developers Conference when it announced on June 8 that it had more than 50,000 apps on the iPhone.

That means there are 299 apps — including 48 games — coming out every day. The acceleration is due in part to the release of iPhone 3.0 software, which as of June 16 allowed a lot of developers to release enhanced apps.

In some ways, that shows how healthy the ecosystem is. More than a billion apps have been downloaded. (That number is obsolete, as Apple crossed it on April 23). But observers are asking questions. How many of those apps are free? (There are 14,242 free apps, including 3,561 free games). How many of the billion-plus downloads are free? How much revenue are they generating? What are the profits? Who is building a sustainable business on the iPhone? Some apps makers such as Mark Pincus of Zynga have said that profits have been elusive so far on the iPhone platform.

[Update: Busted Loop says its count is much different. The company says that Mobclix is double-counting apps between categories. The real numbers should be 55,977, with 10,175 games.] [Second update: In response, Mobclix says it does not double count apps and stands by its figure on the games (now 13,486). It says that its figure of 62,965 includes 6,988 international apps which you can’t buy in the U.S. Go figure.]

What do the numbers mean? Apple has created a relentlessly Darwinian marketplace. New developers are piling in. Companies are developing their own tricks on how to get noticed. Production values have to be higher if the apps are to stand out. Marketing and advertising may very well become a necessity, even for apps that are viral hits. Publishers may have to get used to the idea that their apps may sell for a couple of weeks and then fall off a cliff. The numbers are stunning in a lot of ways, but I don’t think anyone fully appreciates what they mean yet.