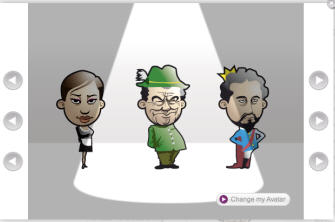 Scoreloop is launching a community for gamers that combines a presence on the web with social games on the iPhone.

While others see lots of business in making games, Munich, Germany-based Scoreloop is trying to make money from game developers. The last time we wrote about them, I compared their strategy to selling shovels to miners during the Gold Rush.

The company is releasing a software developer kit for game developers to make their iPhone games stickier, through a combination of a web site and a social community on the iPhone. Once the game developers integrate Scoreloop’s software into their game, they can create a community for fans of the game. That community also becomes a subset of a larger Scoreloop community where game companies can cross-sell games to fans.

Mark Pincus, the chief executive of Zynga, pointed out in a recent interview that, as hundreds of new games appear every day, iPhone gamers can be a fickle bunch. And it’s hard to make games stand out on the iPhone, which has more than 13,000 games available.

Gamers are trying out a lot of games, but social features such as multiplayer play, scoreboards, and cross-selling could make the games last longer. Game developers can use Scoreloop to add features such as push notifications, which prompt someone when they should take a turn in a multiplayer game.

Scoreloop is also launching an app on the Apple App Store that lets players engage in social games on the iPhone. They can use that app to get access to all sorts of games in the broader Scoreloop community.

Gumpinger says his company doesn’t compete with its partners, who may be leary of handing over customer data to rival game publishers.

Scoreloop’s system builds loyalty through “coins.” You win coins in game matches, by adding friends to your community or by downloading games. You can spend them on multiplayer games or other features. If you buy coins, Scoreloop gets a cut, as does the game developer.

Scoreloop launched its platform earlier this year. The Scoreloop Community adds the dimension of the web to the platform.

Scoreloop raised an undisclosed amount of money last fall from Target Partners. It has 16 employees.