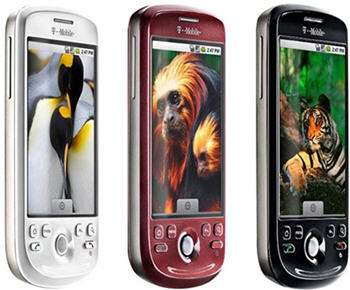 Here’s a video demo of the T-Mobile MyTouch 3G with Google phone. It’s the latest phone based on the Android operating system developed by Google. I shot it today with Josh Lonn, director of product development for T-Mobile, at Friday’s preview event. The phone is available for preorder now and it comes out Aug. 5. Lonn showed off the basic feeatures of the cell phone, which is the second-generation Android phone from T-Mobile. Then he segued into a demo of Sherpa, the location-based software app from Geodelic. The app lets you see nearby stores or other points of interest — customized to your own taste — at a glance and then shows them to you on a Google Map.

[We’ll be giving away one of these phones to a lucky winner at MobileBeat 2009, our mobile conference this coming Thursday, where we’ll also have a couple of T-Mobile executives speaking. We’re almost sold out, so move quickly.]