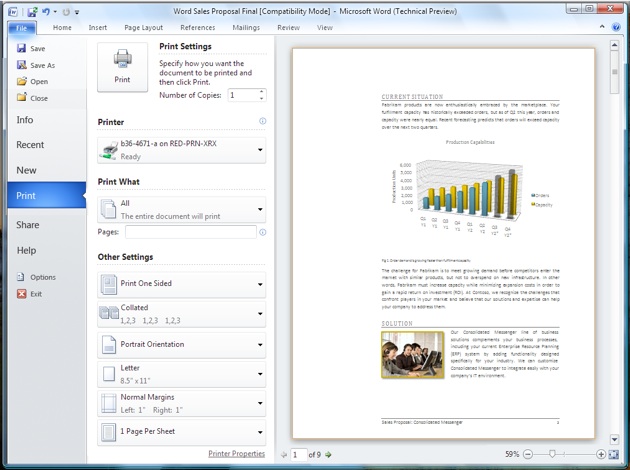 Microsoft is giving the public its first chance to try out Office 2010, the product that’s supposed to represent Office’s bold leap forward into the Internet age. As part of the “technical preview,” the software giant says tens of thousands of users will get to download and play with an early version of the product, starting today.

Unfortunately, this preview (which is rumored to have spurred Google’s announcement of Chrome OS last week, though that sounds pretty dubious to me)  doesn’t include the web-based versions of Word, Excel, PowerPoint, and OneNote that Microsoft has been talking up. In other words, it doesn’t include the main reason Office 2010 is seen as an important change. Chris Bryant, Group Product Manager for Office, says the web apps are on a separate timeline from the desktop software and won’t be available as a preview until later this summer. So it’s still too early to see what the full product suite will look like. The software available for download today includes some tools for online collaboration, but the real power of those tools won’t be clear until the web apps are available too, Bryant says.

“It’s going to really fundamentally change the experience,” he says. “You’ll notice that you don’t have to synchronize your edits, that other people are working in the document at the same time as you without having to check it in and out. … Our fundamental goal with the web applications was to deliver the highest fidelity document experience in the browser.”

Despite the absence of a real web preview, Microsoft is releasing more details about the web apps as part of today’s announcement at the Worldwide Partner Conference in New Orleans, namely that the apps will be available in three ways: As a free product through Microsoft’s Windows Live online service, as an on-premise product for Office annuity customers, and as an online subscription hosted by Microsoft via Microsoft Online Services. (You can see a screenshot of the Word web app at the end of this post.) Together, these apps form an answer of sorts to online products like Google Docs; it will also be interesting to see whether the availability of a free, online version cuts down on the number of people using pirated copies of Office. (Microsoft has said that half of the 500 million people who use Office don’t pay for it.) 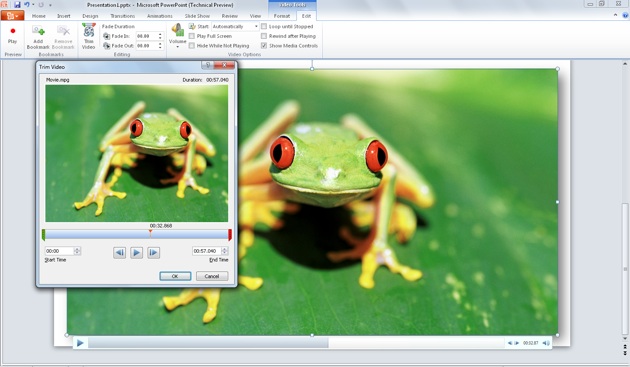 There are quite a few changes to the desktop software that early users will get to see today, Bryant says, including:

Over the next few months, as people play with the preview and as the web apps become available, we’ll get a better sense of whether Office will live up to its billing as an enabler of new levels and new kinds of productivity. As the name implies, Office 2010 will go on sale sometime during the first six months of next year. 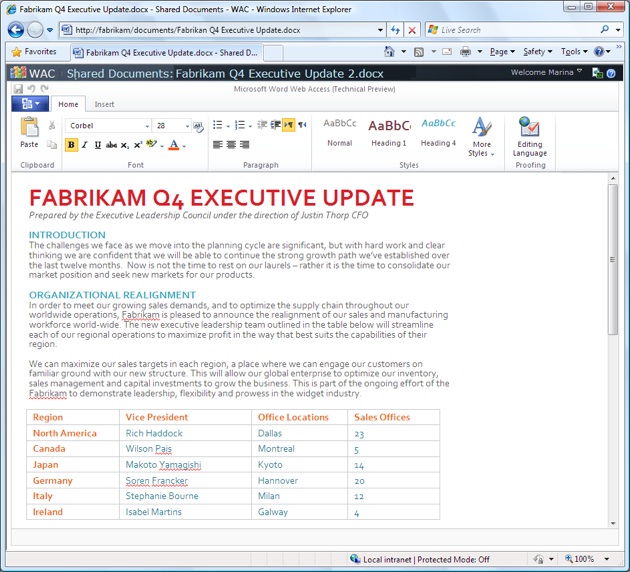