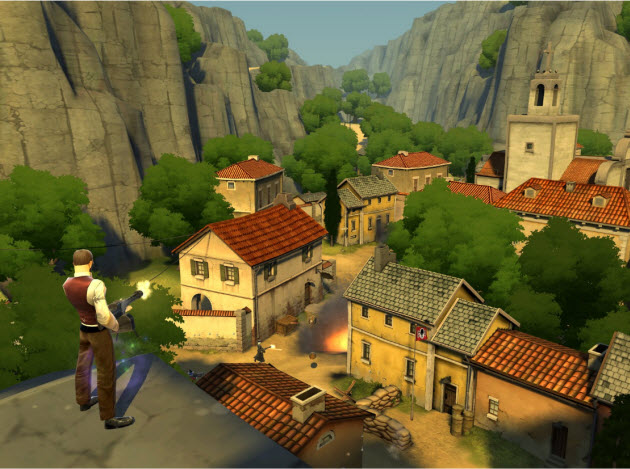 Electronic Arts is launching its Battlefield Heroes online-only free game today, after testing it for a number of months. The Redwood City, Calif.-based company is taking a business model that started in Asia and transplanting it into North America. This effort is one of the major migrations under way in the video game business today.

The company is using the game to test out a new business model: free-to-play gaming (which EA calls Play 4 Free) meaning that players can try it out for free. They can keep on playing for free indefinitely, or they can pay for virtual goods such as clothing items or weapons. Battlefield Heroes was designed for this model at the outset.

The company launched a beta test in January and had more than a million people register to play it since that time. Tens of thousands are now joining every day to fight it out in cartoon-style multiplayer combat arenas. 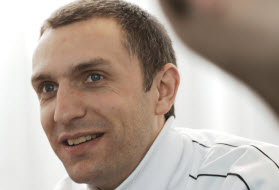 “We’ve learned so much in this process,” said Ben Cousins, general manager of the Battlefield Heroes team, in an interview. “When we started two years ago, there was a real question mark. Can the free-to-play model work as it did in Asia? The answer is an emphatic yes.”

The initial development of the game coincided with the return of John Riccitiello as chief executive of EA in 2o07. Riccitiello, who had previously run EA’s experiments in online games as president, wanted the company to embrace new business models, particularly those such as free-to-play, which has become huge in South Korea and China.

EA is diving head-long into free-to-play games in North America. it is one of several experiments that the company has undertaken in this regard. Other titles include the free-to-play soccer game Fifa Online in Asia and BattleForge, a real-time strategy game that was originally available as a game sold at retail. With BattleForge, players have access to a partial game and can upgrade to the full game if they spend money. Those other games have also proven that the business model is viable, Cousins said. But the major test of Play 4 Free is still Battlefield Heroes. The Battlefield Heroes game also contains advertising in various parts, whereas many rival Korean online games don’t have ads.

Disk-based console and PC games cost around $60. The average revenue per user generated from each Battlefield Heroes player is smaller than that, Cousins acknowledges. But he hopes to get a lot more users than typical games because the game is free, has low system requirements, and is simpler to get into and play. Free-to-play games in South Korea typically draw audiences of five million to 10 million players, he said.

On top of that, the development costs are lower. With a PC game such as Battlefield 2142, EA fields scores of people to complete the game and work on its add-on expansion packs. The Battlefield Heroes team, on the other hand, had only 25 people at its peak and now has about seven working on maintenance of the game. 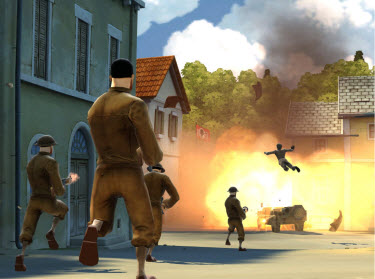 The game is smaller than a typical console game, with four maps where 16 players can fight it out. There are six vehicles and hundreds of ways to customers characters and weapons. Cousins said a big part of the budget was dedicated to building a web site with social networking features, including chat forums, leaderboards, friend systems, battle stats and groups that allow players to compete in teams. The team will release a new map every couple of months. Players can earn Valor points through battle experience, and they can buy BattleFunds with credit cards or PayPal accounts.

The team uses some open source software, but the majority is developed in house and the team taps EA’s central technology division for features such as an account system. The goal has been to create a game with better quality than other free-to-play games such as Nexon’s Combat Arms.

Cousins thinks the game will appeal to a new generation of gamers — people used to iTunes and accustomed to getting things such as songs for free or at very low prices. Since the game is rated for teen players and up and doesn’t have realistic violence and gore, it may also appeal to a larger crowd. 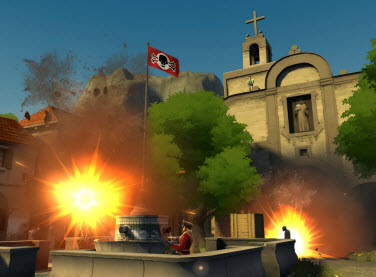 “The big question is, how long they play?” Cousins said. “You model to have a higher churn rate. We don’t expect people to play these games for as long as they play subscription games such as Warhammer Online. We expect to have a new audience cycling through.”

Cousins believes the recession has probably helped the game pick up its audience. Some of the players have already clocked more than 100 hours of game time. Players are coming in from more regions than normal: Australia, Europe, South America and other regions where packaged goods games are not selling well because of piracy.

As for the Battlefield franchise, Cousins thinks the lightweight game is good for the brand because it introduces people to shooter-style games. They may upgrade to paid versions later on.