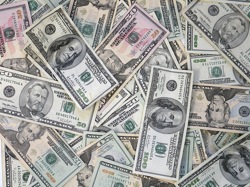 YouTube’s revenues (or lack thereof) are a source of constant speculation, with the insanely popular video site becoming the classic example of how lots of users doesn’t equal lots of money. The subject came up once again during the conference call discussing Google’s second quarter earnings, when the search giant beat expectations by a nose . A reporter asked the standard question about how YouTube’s money-making efforts are going, and Nikesh Arora, the company’s president of global sales, gave a vague-but-fun answer.

“We’re really pleased with the trajectory of YouTube,” he said “In the not long-distance future, we actually expect to see a profitable product.”

Keep in mind that this was during a call when Arora and Chief Executive Eric Schmidt both admitted that Google doesn’t expect every division to be profitable on its own — for example, Schmidt said that even if Google’s operating system Chrome OS doesn’t make any money for the company directly, Google will still benefit by sending more people to the web, and thus to search. (A less charitable way to look at this is that Google is just entering all these other markets just to distract competitors from search, as a Microsoft VP argued .) But Google has been experimenting with different ways to make money from YouTube, such as the Vevo site for music videos , and it sounds like the company still has hopes of turning the site from a big money-loser to a money-maker.

Now if anyone can figure out when “the not long-distance future” is here, let me know.