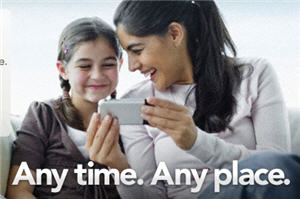 Barnes & Noble, the supersize bookseller, launched the Barnes & Noble eBookstore, a buy-and-download site for digital versions of books that are meant to be read on smartphones and laptops.

The eBookstore’s titles are readable on a wide range of platforms, starting with Windows and Mac desktop and laptop computers. But the eBookstore goes beyond that, with support for iPhone and BlackBerry screens.

The store’s pricing is more aggressive than previous e-book ventures. B&N claims there are currently 700,000 titles available for $9.99, keeping in line with an Amazon user campaign to make $10 the price of a full-length book.

Barnes & Noble has also partnered with Plastic Logic, maker of a slim display meant for reading large amounts of text. It’s worth noting that while the New York Times has partnered with Amazon to deliver content to the new outsize Kindle XL, the newspaper’s staff seem more enamored of the Plastic Logic reader, a not-yet-available device that’s slimmer and sexier than the Kindle. Below is a Plastic Logic demo from last year’s DEMO conference.