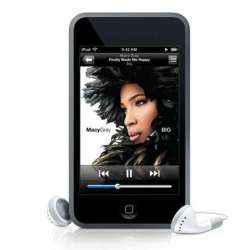 Wired writer Eliot Van Buskirk believes the rumors are true that Apple has a new iPod in the works, one that could be used as a home phone. Van Buskirk claims to have a “well-connected source” who has verified that Apple’s factories in China are already manufacturing the device.

The rumored new model has a microphone and a camera. Loaded with Skype or another VoIP application, the enhanced iPod Touch would make a cool but inexpensive home phone that could be used to make calls wherever a Wi-Fi network is available. With a microphone, it would also respond to voice commands.

As usual, Apple declined to comment on the rumor. Van Buskirk, however, says his source is credible and well-placed, and that the new model will go on sale in two to three months.